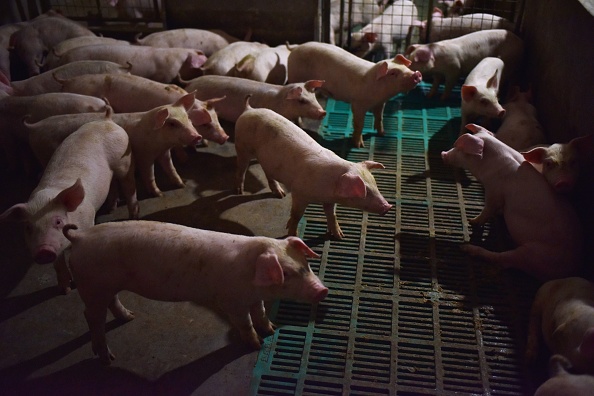 African swine fever (ASF), a highly contagious and often fatal disease that affects domestic pigs and wild boars, has infected scores of pigs in four northeastern provinces of China, which is the world’s largest pork producer.

The virus hadn’t previously been detected in East Asia. While ASF doesn’t harm humans, and there’s no known health risk from direct contact with diseased animals or from eating food made from infected animals, the disease can spread rapidly and has the potential to severely damage China’s domestic pork industry.

“The entry of ASF into China is really a very serious issue,” Yang Hanchun, a swine viral-disease expert at China Agricultural University in Beijing, told Science, adding that the outbreak, which covers an area of several thousand square kilometers, could spread to other countries.

China’s Ministry of Agriculture said on Aug. 19 that the first outbreak occurred in Shenyang City, the provincial capital of Liaoning Province, on Aug. 1. Investigators tracked the source of the disease and concluded that the virus has been spreading in Shenyang since March. To halt the spread of the virus, 9,000 hogs were killed in Shenyang.

A second outbreak occurred at a slaughterhouse in Zhengzhou City, the capital of Henan Province in central China, on Aug. 14, after infected pigs were transported there from a live market in Heilongjiang Province, in China’s northeast. The municipal government has quarantined that epidemic area for six weeks.

The third case occurred on Aug. 15 in Lianyungang, Jiangsu Province, 808 miles south of Shenyang, where the first outbreak occurred. An area within three kilometers (1.86 miles) of the outbreak was marked as an “epidemic area,” and nearly 15,000 hogs in the area have been killed.

Feng Yonghui, an analyst at the China Pig Livestock Analysis website, said on Aug. 18 that the epidemic spreading to Henan Province is much more harmful than the outbreak in the northeast.

He explained that since the northeast region is remote, a quarantine is much more effective than in Zhengzhou. The city is located in central China, where the Beijing-Guangzhou railway and the Longhai railway, a major arterial east-west railway, intersect. If ASF spreads, it is undoubtedly a catastrophe for pig farmers, Feng said.

Meanwhile, rising demand for pork has increased the volume of live pigs and pork products being imported to China, which is heightening the risk of spreading the disease.

Wantanee Kalpravidh, a veterinarian at the Food and Agriculture Organization, told Science Magazine in an Aug. 21 report that the disease likely arrived in China via imported pork products. The virus is usually transmitted through direct contact or by way of a breeder’s shoes, clothing, and equipment. It is resistant to heat and cold and can survive for weeks in corpses, feces, and pork products. There is no available vaccine for ASF and no known cure for the animals that are infected.

If ASF becomes endemic, “it will represent a major threat for the rest of the world, including the American continent,” François Roger, an animal epidemiologist at the Agricultural Research Center for International Development in Montpellier, France, told Science.