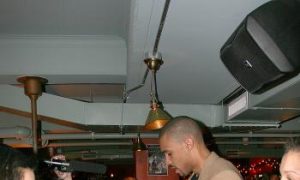 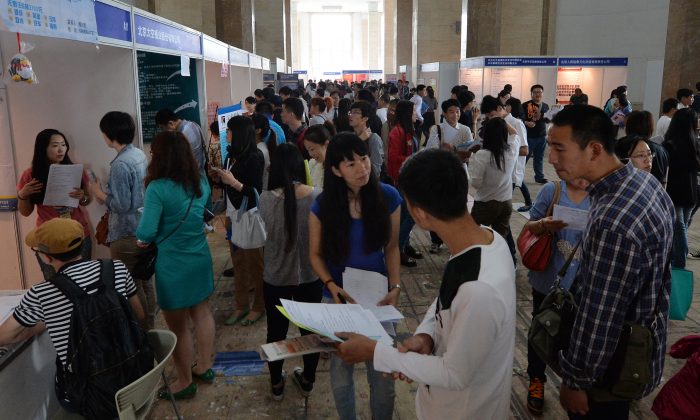 The economic downturn, which capped off with the massive 2.4 trillion stock market loss in late December 2018, wrapped up a reversal in China’s 40 years of economic growth. China’s slowing economy is thus impacting domestic job creation.

A graduate of Peking University, the second best university in China, complained on social media after being unable to find a job. The article titled, “I’m sorry, I graduated from Peking University, and am still unemployed,” explains about the unexpected difficulty of finding employment after graduating from a famed university.

Peking University published employment rates of its graduates, with 98.5% finding work in 2017. Those expectations are further expressed by the graduate’s roommate. “We’re the group of people who change the world, not the ones who adapt to it,” according to her post.

Students from another Beijing based university have met with similar troubles. Several students from Beihang University had their contracts terminated with a major medical equipment firm in Dec. 2018, according to the South China Morning Post. The company, Mindray, terminated over 50% of its new tentative contracts.

The Chinese Ministry of Education expected 83.4 million graduates in 2019.

This has caused many students to instead focus on employment in the government and state-owned firms, according to The Post. However, these state jobs are limited, and highly sought after.

That means college students are among the 7.4 million people returning to the Chinese countryside, according to the Ministry of Agriculture and Rural Affairs. They are part of the group of “New Farmers,” people who engage in agricultural sales through the internet and new technology.

From Growth to Survival

At an annual autumn meeting for major Chinese real-estate firm Vanke, a projector screen simply had the word “survive,” displayed. Not only did the real-estate sector shrink, but also major technology and internet companies, including Huawei and JD.com, cut staff, according to a Sina report.

The economy already began slowing in 2018, with over 5 million small businesses closing in the first half of the year, according to a Oct. 2018 Reuters report.

The banks are attempting to show the Chinese regime that their lending habits are beneficial to small and medium sized businesses, but the requirements remain stringent, according to Reuters. Those business owners who already have loans may be unwilling to take on more risk, despite the banks’ encouragement.

JPMorgan Chase economist, Zhu Haibin, said that the trade war may cost China 700,000 jobs in the short term, according to a Sept. 2018 report in the Asia Times. Those numbers may go up to three million, if the trade war “spirals out of control.”

In Sichuan and Guangdong Provinces, employment slowed in the first half of 2018. And in Hunan Province, a slowdown occurred in the third quarter, according to Sina.

The amount of fixed-assets foreign investment in China was about 327 billion in 2011, then decreased to 121.2 billion in 2016, according to the National Bureau of Statistics of China.

Other issues affecting the Chinese economy are shadow banking, peer-to-peer (P2P) lending, soaring debt levels in private and state-owned firms, according to Wu Haojun, contributing writer for Up Media. Other sectors will further shrink financial and internet services, e-commerce; and other services will also recede, according to Wu. He said that these factors will make China’s employment situation worse for 2019.