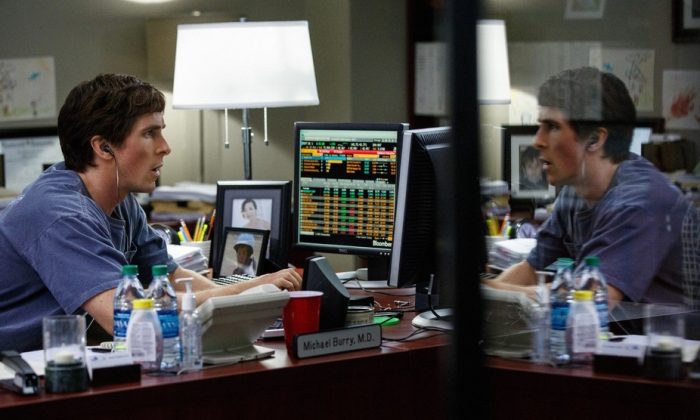 Just like the characters of "The Big Short," its time to pick up the warning signs of a global financial crisis. (Paramount Pictures)
Business & Markets

Shadow Banking Increases the Risk of Another Global Financial Crisis

Banks may still be evading increased regulation by shifting activities to shadow banking. This system is well established as part of the financial sector, but it provides products that separate an investor from an investment, making it more difficult to evaluate risk and value.

This lack of transparency increases the risk in our financial system overall, making it vulnerable to the types of shocks that caused the 2008 global financial crisis. A current example is the so-called “bespoke tranche opportunity” offered by shadow banks. This is similar to the notorious collateralized debt obligations, packages made up of thousands of mortgage loans some of which were subprime, blamed for the global financial crisis.

In the period leading up to the global financial crisis, a large portion of financing of securitized assets that allowed regulated banks to exceed limitations on their risk-taking was handled by the shadow banking sector.

To this day, shadow banking continues to make a significant contribution to financing the real economy. For example, according to the Financial Stability Board, in 2013 shadow banking assets represented 25 percent of total financial system assets. While the average annual growth in assets of banks (2011–2014) was 5.6 percent, shadow banking growth stood at 6.3 percent.

A comparison of country-based share of shadow banking assets between 2010 and 2014 reveals the largest rise for China from 2 percent to 8 percent, while the United States maintains its dominance of the shadow banking markets with around 40 percent.

Why the Financial System Should Be Based on Bitcoin

The failure of private sector guarantees to help shadow banking endure the global financial crisis can be traced to underestimated tail risks by credit rating agencies, risk managers, and investors. Credit rating agencies lack of transparency, when it comes to explaining their methods (often disguised as “commercial-in-confidence”), continue to make it difficult for a third party to check assessments.

An excess supply of inexpensive credit also contributed to risk before the global financial crisis of 2008. This was because investors overestimated the value of private credit and liquidity enhancements.

One of the key challenges for regulators now is to devise rules and standards requiring shadow markets to hold enough liquidity to be sufficiently sensitive to risk. However, where investors and financial intermediaries fail to identify new risks, it is less likely that the regulators—who have fewer resources—will succeed.

Raising capital requirements can limit the capacity of financial intermediaries to expand risky activities, although monitoring overall bank leverage may be better. This is because credit ratings cannot be relied upon in the presence of neglected risks. Similarly, monitoring rising exposure of regulated banks to shadow banking or untested financial innovations can also become part of the regulator’s arsenal.

But there remains a major problem that is unlikely to be resolved by any regulation. Regulation is meant to strike a fine balance between close supervision and allowing space for financial innovation because loss of diversity can create stronger channels of transmission and could expose financial systems to greater systemic risk.

Too little regulation encourages excessive risk taking, while too tight a regulation is bound to strangle the financial sector that provides the lifeline for the economy. Striking such a fine balance is next to impossible in a dynamic, global financial sector.

The Basel Accords, set up to strengthen regulation after the financial crisis, will continue to play a key role in helping manage systemic risk like this. For example, regulations can collect data that would be useful in macroprudential regulation, taking action to reduce various risks and remaining alert to unfolding trends on the ground.

Regulators need to heed the trends in shadow banking as part of this, to ensure transparency. However the nature of this sector, the long chains and multiple counterparties with unclear financial obligations, will continue to make the job of the regulator very difficult.

Necmi K. Avkiran is an associate professor in banking and finance at The University of Queensland in Australia. This article was originally published on The Conversation.