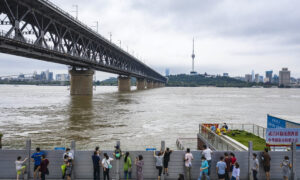 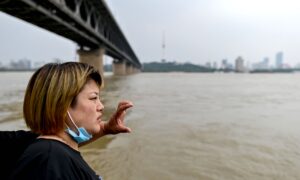 A new round of flooding has emerged in upstream Yangtze River and is moving downstream, fast. An expert says this is creating a dilemma for the Three Gorges Dam.

Rumors of Chinese banks collapsing are flooding social media in China. Worried customers have descended on several banks to withdraw their money. Police took people into custody, accusing them of spreading rumors.

Half of China’s important agricultural provinces have been impacted by the biggest flooding in decades. Peasants and the authorities are giving different pictures about food supply for this year.

Part of the plaque at the entrance to Wuhan’s City Hall is missing. One woman reportedly cut it off with an ax. With the virus cover-up, flooding, and less support from authorities, dissatisfaction in Wuhan is rising.

Beijing said on Friday any travel ban against Communist Party members would mean Washington stands against the entire Chinese population. But Chinese people took to social media to say they actually welcome the ban.