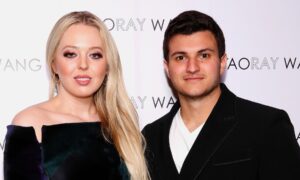 Did you ever kill ants using a magnifying glass when you were a kid? Ever wonder how hot that spotlight Katy Perry and Lady Gaga live under is? Big fame’s not fun. Surviving the limelight’s heat is big work.

Charisma comes in three forms: sheer stunning looks, towering talent, and the “X-factor,” where inexplicably you can’t take your eyes off someone. Incessant staring can be due to stunning looks of course, but the X-factor is predominantly an inner quality. However, when you combine all three, you’ve got a bonafide star.

Gugu Mbatha-Raw’s got all three. A star is born. Actually, twice now. (“Belle” was the first.) That African name alone—try and forget it. See “Beyond the Lights,” and you’ll not easily forget her face either. Or talent. Or inner special something.

Stage mom (a never-better Minnie Driver) yanks her daughter from the lineup and makes her trash her trophy. “You wanna be a winner or a runner-up?”

Cut to years later. Noni’s now a gyrating, twerking, riding-a-rapper’s-coattails gamine, who wins an R&B Billboard award, sort of like if Rihanna had duetted with Eminem before she hit the big-time.

We see the interviews, the red carpet treatment, and the stereotypical Cristal-and-limos after-party excess, except that she tries to jump off the hotel balcony.

What gives? She’s depressed out of her Noni-noggin, of course. Life’s so hard; all that fan adoration, all that money, all that talent, all those looks. I mean, you get that abundance piled on your plate and first thing that comes to mind is “Let me jump five stories into a parking lot.” Right?

It’s the typical turn of drama-queen events; we wish to scoff, but it truly is the nature of the beast. Showbiz can be a brutal mind-wrecker—here’s a name: Amy Winehouse.

Anyway, Noni gets snatched from death-by-parking-lot by LAPD cop Kaz Nicol (Nate Parker), who’s on Noni hotel room watch duty. If you can get past the doe-eyed schmaltz of this particular moment, you’ll actually enjoy this movie in a guilty-pleasure kind of way.

Now, Kaz is a cop who wants to be a politician. That side-story works not at all, but it serves to underline his starry-eyed idealism. Compared to Noni’s morally compromised world, he’s indeed got shining armor.

Much like loutish ex-husband Jesse James having to tag along on Sandra Bullock’s dance rehearsals, interviews, photoshoots, and the like, all the while plotting his 15 minutes of fame, Kaz must tag along with Noni too. And, this being 2014, Kaz is most definitely plotting his 15 minutes of fame as well. Only Kaz has a conscience. Kaz cares. Kaz is cool.

Kaz is also ripped. When she, in a fit of self-loathing, smashes raunchy posters of herself, and he whips off his shirt to staunch the bleeding, it’s an immediate snicker fest.

The blatant contrivance of letting the ladyfolk ogle the phenomenally chiseled intercostals, obliques, and abdominals of Mr. Parker’s former-wrestler bod is way too shameless. And yet—why not? It’s a “lurve” movie. Let’s go ahead and let it be a shameless lurve movie.

Anyway, the record label spins the suicide attempt as too much partying. Kaz is forced to play along and realizes he’s starting to sell his soul to the devil.

“Beyond the Lights” is about two young people trying to find themselves. It’s about the objectification of women in showbiz. But mostly, as mentioned, perhaps unintentionally, it’s a lurve movie.

It’s got great lurve. When Kaz pulls an impromptu retreat from the media frenzy and hustles Noni, via his awesome blue truck, to a bed and breakfast with a Big Sur-looking oceanfront view, all the falling in love stuff is rather delicious. The two stars have genuine chemistry.

And off come her purple hair extensions, and out comes her box of lyrics nobody gets to see, and soon there’s a fun karaoke scene on one of their deliriously loved-up dates, where she gets real with her talent (after he gamely makes a fool of himself).

It all goes viral on YouTube, and boom! It’s Gugu Mbatha-Raw’s star blast-off moment. And Noni finally gets to be a real artist.

If you haven’t had a mind-blowing addictive-level romance in a while, you can live vicariously off this one and go home happily sighing.

Every time you want to hoot and dismiss this movie, the next moment it grabs you. Guilty pleasure. Good storytelling. Lurve. Gugu Mbatha-Raw. A star is born.