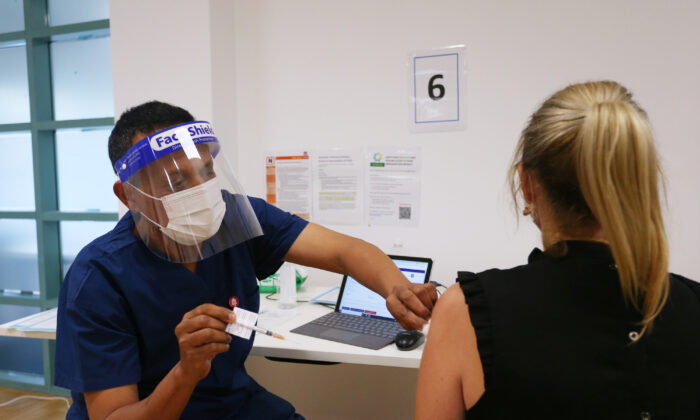 The New South Wales Court (NSW) of Appeal has dismissed an appeal to overturn a court decision in mid-October that upheld the use of vaccine mandates across industries such as aged care, policing, and construction.

Bell said the court concluded that vaccine mandates were valid because individuals could “choose not to be vaccinated.”

“The impugned orders contained no sanction for the exercise of the choice not to receive a vaccination,” he said in his judgement.

The workers were ordered to pay the court costs with the justices because “no error was demonstrated on appeal” of the previous judge’s findings, and nor did the appellants advance any new arguments.

The appellants—Kassam, Henry, and the other workers—argued that they should not have to pay the costs because of the “public importance” of the matter.

Read More
Australia ‘Does Not Have a Bill of Rights’: Judge Rules Vaccine Mandates Legal

Justice Robert Beech-Jones of the NSW Supreme Court said the court’s function was to determine whether health restrictions were legally valid and whether a minister “acting reasonably” would implement similar measures to deal with a public health crisis.

Beech-Jones argued the state health minister had the power to abrogate rights, saying public health orders were doing the “very thing which the legislation sets out to achieve.”

“So far as the right to bodily integrity is concerned, it is not violated as the impugned orders do not authorise the involuntary vaccination of anyone,” he said in his judgement.

The proceedings were viewed 1,412,278 times, including nearly 390,000 times on day one of the hearing proper on Sept. 30—indicating significant interest in the case.

According to court data, the audience peaked at 58,484 individuals during the initial directions hearing after the YouTube link was shared across the social media platform Telegram.

In September, the FWC did, however, uphold the dismissal of an aged care worker for refusing to receive a jab for influenza.

Additionally, a challenge in Tasmania from health workers was unsuccessful, while in Queensland, police failed to overturn the public health directive.