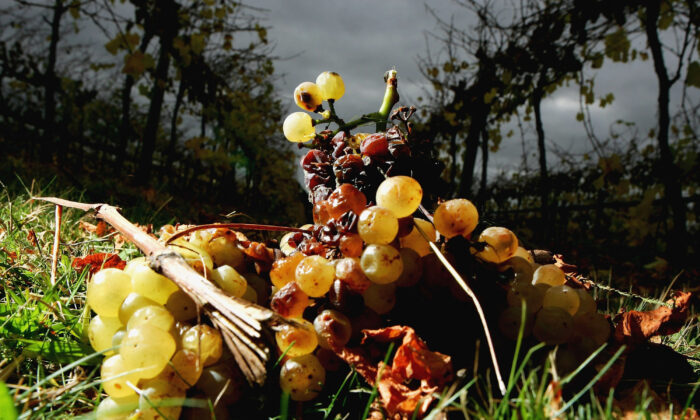 Australia will push forward with the next phase of its ongoing World Trade Organisation (WTO) dispute with China over punitive tariffs imposed on its wine exports to the country.

Trade Minister Dan Tehan said Australia would ask the WTO to establish a dispute settlement panel to adjudicate the anti-dumping duties that were slapped on wine exports as part of an ongoing year-long economic coercion campaign instigated by Beijing.

“Australia supports the rules-based trading system and this is the next stage of the WTO dispute resolution process following consultation between Australia and China,” Tehan said in the announcement on Sept. 16 evening.

“Australia remains ready to resolve this matter directly through discussions with China,” he said. “We will continue to stand up for the rights of Australian exporters.”

On June 19, the federal government decided to go ahead with the action at the WTO against Beijing’s tariffs, varying between 107.1 to 212.1 percent, across different Australian winemakers.

It follows an earlier action by the government over barley tariffs (worth around 80 percent), that was also progressed to the dispute settlement panel phase—last week the panel was just established.

The government is responding to part of an extensive campaign by the Chinese Communist Party (CCP) to target Australian exports with tariffs, suspensions, or regulatory hurdles, after Foreign Minister Marise Payne called for an investigation into the origins of COVID-19 in April 2020.

Regarding the current WTO actions, a dispute settlement panel will hear arguments from relevant parties and investigate the dispute. Interim and final reports will be presented to the Dispute Settlement Body who will make a final ruling (based on the findings of the reports).

A range of possible resolutions could occur, including a ruling in Australia or China’s favour.

If it is in Australia’s favour, Beijing could be ordered to remove the tariffs or be ordered to negotiate a compensation payout. Failing this, Australia could be granted permission from the WTO to retaliate in kind with tariffs of its own.

The entire process will take several months. However, one hurdle lies in the way, which is the final appeals process.

The WTO has a seven-member Appellate Body, which has the power to “uphold, modify or reverse” the Dispute Settlement Body’s findings.

The Appellate Body has been frozen since 2019, after the former U.S. administration decided against appointing new members to the body over problems with the WTO decision-making process.

The European Union and Australian Prime Minister Scott Morrison have recognised the imperfect nature of the WTO and has called for moves to fix the organisation.

However, in the meantime, disputes could be “appealed into the void,” effectively stalling and “killing” the process, according to Professor Peter Draper, executive director at the Institute for International Trade at the University of South Australia.

However, he noted that Australia’s motive for launching WTO actions was not to obtain a resolution but to expose Beijing’s behaviour on the world stage.

“The process, and the issuance of the reports, will be illuminating. As they say, ‘sunlight is the best disinfectant.’ I think that’s what the Australian government is aiming for in this case,” he told The Epoch Times.

Soon after the wine dispute was lodged with the WTO in June, Beijing responded with a flurry of WTO actions against Australian tariffs that were implemented several years ago on Chinese goods, including tariffs on wind tower imports in 2014 (valued at 10.9 percent), railway wheels in 2015 (17.4 percent), and stainless-steel sinks in 2019 (60.2 percent).