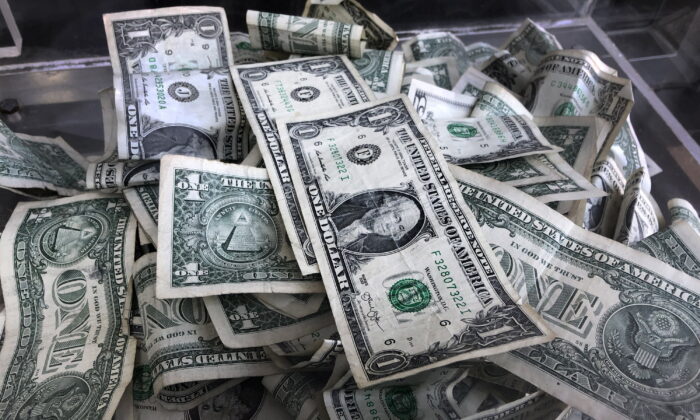 How do you know something just isn’t so? It usually requires an understanding that there’s a misconnection or gap between two things. It may be something in your personal life or in the economy.

As I explained in my previous column, we found this gap in the world economy in March 2017. In the opening lines of the forecasting report, we summarized our findings: “The crisis of 2007–2008 reversed the trend of financial globalization, which has undermined global growth. The pull-back in financial globalization has been masked by central bank-induced liquidity and continuous stimulus from governments which have created an artificial recovery and pushed different asset valuations to unsustainable levels. This implies that we live in a ‘central bankers’ bubble.’”

This was our moment of epiphany. The world economy had never recovered from the Great Financial Crisis, GFC, and the illusion of recovery was created through massive central bank and government-induced stimulus. It truly was a scary discovery.

Moreover, central bankers and governments were able to postpone the inevitable for many years. Now, their options are growing gravely limited.

The massive “counterattack” surmounted by the authorities as a response to the coronavirus shock and lockdowns weaponized the global economy. It massively inflated global asset markets and several other markets (like that of housing in the United States). As a sign of things to come, it led to an inflation shock (on which we warned in March 2021) and then to an inflation crisis (on which we warned in June/July 2021). Now, it threatens to push the world economy into a series of overlapping crises in a process we have named a “multifaceted” economic crisis.

I will publish a series of columns detailing our view on what’s about to come. Let’s start with our view on the situation in late 2020.

In our December 2020 forecasting report, we drew three relatively disturbing scenarios following the aftermath of the coronavirus pandemic. They were named: The New Normal, Global Economic Dystopia, and Reset and Recovery.

The New Normal described a scenario, where the economy would enter a permanent state of stagnation, i.e., “Japanification.” We explained why this scenario was unlikely, as the Japanese economy relied heavily on the growing world economy and the healthy global corporate sector to support her “zombified” corporations to achieve Japanification. Achieving this on a global scale would require unforeseen support from the central banks and governments.

The main tool for this would be the central bank digital currencies, or CBDCs. I have explained the dire implications of their issuance in my previous column.

Essentially, stopping the collapse would require that central banks would take over the global economy through limitless monetary support for governments and corporations, and through the issuance of CBDCs. This would create a Global Economy Dystopia, where our economic freedoms and essential civil rights, as they go hand-in-hand, would most likely have been taken away.

With inflation ravaging on across the globe, the direction of motion is the opposite with central banks drawing back their monetary support, for now. This is likely to put in motion the third stage of the crisis, i.e., the Flood.

When the coronavirus erupted in early 2020, leading to rolling lockdowns across the globe, the world economy was confronted by an unexpected and artificial depression. By itself, this would have been enough to topple zombie corporations, but the situation was salvaged by massive government stimulus programs and central bank support of governments and corporations, alike.

Through these measures, the evolution of the shock of the lockdowns and the pandemic into a global banking and economic crisis was stopped. However, the price of these drastic measures was that they created hordes of zombie corporations across the globe. Alas, the zombification problem was, most likely, exacerbated as a result of these interventions.

According to the data compiled by Deutsche Bank Securities in the United States, the number of U.S. publicly traded companies classified as zombies had risen to close to 19 percent by late 2020. By November 2020, U.S. zombie corporations sat on an incomprehensibly large mountain of $2 trillion in debt. The number of publicly listed zombie companies had also swollen by 200 since the start of the pandemic.

While the situation may have improved, somewhat, it’s obvious what will happen to such corporations, when the tide of monetary support recedes, which is now happening. It needs also be noted that, while down from the heights of the pandemic, U.S. corporations hold more debt than ever before pre-pandemic. It is thus likely that the fast-rising interest rates will topple swathes of zombified corporations, but they will also have a very detrimental effect on the over-indebted corporate sector as a whole. This combination will bring about a flood of corporate bankruptcies.

In March 2021, we listed four possible “ignition points” for the onset of the large-scale corporate failures:

This should give a glimpse into the nature of the crisis we are likely to face. It will not be contained to one sector of the economy but will spread like a wildfire across the (global) economy when the crisis truly gets going. Alas, the economic crisis will consist of several overlapping individual crises (inflation, banking, corporate debt, sovereign debt, and currency crises), i.e., it will be “multifaceted.”

Now after the 75-basis point hike and the start of the QT of the Fed (the balance sheet has diminished by $47 billion from its peak), the most destructive stages of the crisis, the Flood and the Calamity, are edging closer. It is likely that the Fed will pivot, again, from its tightening at some point, probably after credit markets start to crack. However, it should be noted that there will a point after which the collapse cannot be stopped. The question is, will the Fed be able recognize it and react in time? I am skeptical.

It is rather unfathomable, how badly our political leaders and central bankers have been able to mess up the economy. The zombified corporations are what worry me the most, because we have really not seen a “Flood” of corporate bankruptcies since the Great Depression, which would have a devastating effect on our economies and societies, leading to the “Calamity” (more on that later).

Thus, this time around, the zombies may be the harbingers of nearly unimaginable economic horrors. Take heed.