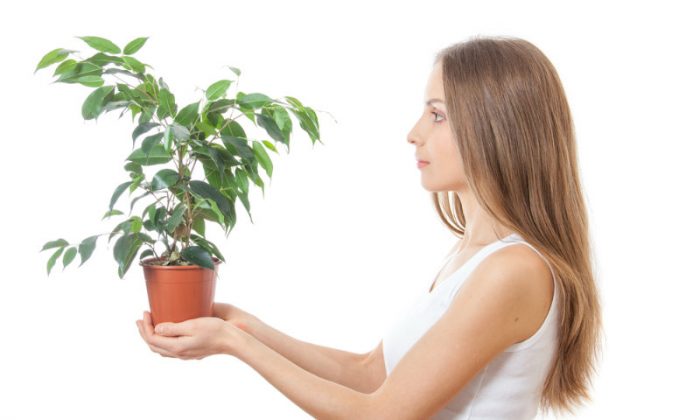 Are there thoughts in those thin, green leaves? (Shutterstock*)
Beyond Science

Your Houseplants Can Think, Talk, Read Your Mind (Part 2)

Marcel Vogel was a senior scientist at IBM for 27 years, during which time he patented over 100 inventions. Part way through his career, he became interested in a more organic application of his scientific knowledge. At the end of this investigation was the startling discoveries that plants could not only read people’s minds, but they could do it over great distances, and the amount of attention the person paid to the plant influenced the plant’s ability to perceive the person’s thoughts.

He read of the experiments by Cleve Backster, whose research got people talking to their houseplants in the 1970s.

Backster was a former CIA lie-detector specialist who developed polygraph techniques still in general use today by the U.S. military and government agencies. Backster discovered by using lie-detectors that plants respond to human actions and thoughts with appropriate signals of happiness or fear. His experiments are described in greater detail in the first part of this two-part article.

When Vogel read of Backster’s work, he thought the experiment must be flawed, it couldn’t be true. He tested it. His former research associate Dan Willis explained Vogel’s experiments on his website MarcelVogel.org.

Vogel formed a link between plants and a Wheatstone Bridge, which is a circuit that can test electrical currents. When Vogel cleared his mind and breathed slowly, the plants showed no reaction. When he pulsed his breath through his nostrils and held a thought in his mind, the plants responded dramatically.

Furthermore, said Willis: “The responsiveness of the plants to thought was also the same whether 8 inches away, 8 feet, or 8,000 miles, as he proved from Prague, Czechoslovakia, to his laboratory in San Jose where he was able to affect the plant hooked up to the recorder.”

When two plants were experimented on at once to see what reaction one would have to the other being injured (cut, burned, or torn), Vogel noticed that the plant’s reaction would vary according to how much attention he was paying to that plant. He realized the scientist’s thoughts can affect such experimentation.

Willis wrote: “This is one reason why certain scientific investigations in the area of subtle energies cannot be readily replicated. It is not always a matter of scientific protocol, but a matter of relationship.

“Unfortunately, many scientists would consider this to be some kind of inessential and perhaps bothersome epiphenomena. Although such individuals are scientists, to Marcel, they were technicians attempting to prove what they already thought was true.”