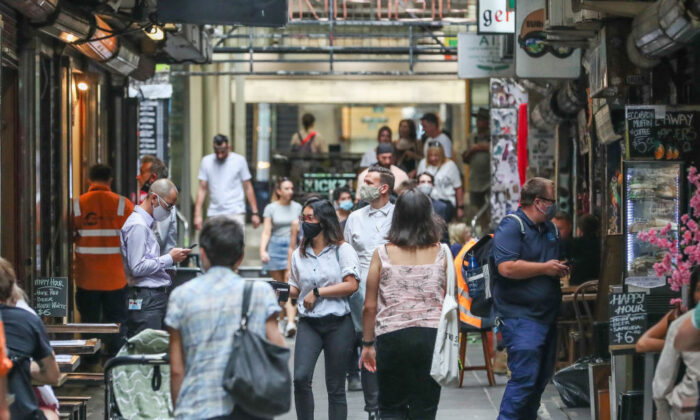 The mental health of young Australians has bounced back faster than other age groups over the last 12 months, according to a study by the Australian National University (ANU).

ANU Professor Nicholas Biddle, co-author of the study, said the latest survey showed how over two-in-three of Australians aged 18 to 24 felt their life had improved over the last 12 months.

“This was also the age group with the largest improvement in life satisfaction since our April 2022 survey,” he said.

The age group also reported the biggest drop in psychological distress, a decline of five percent.

But Biddle noted that psychological distress was still above pre-pandemic levels.

“However, overall, this is really encouraging news,” he said.

“Young people have been the people most dramatically impacted by the COVID-19 pandemic in Australia, especially when it comes to their economic security, future prospects, and mental health and wellbeing.”

While young Australians saw the greatest levels of improve to life and wellbeing, life satisfaction had steadily increased across the board since January.

In May 2020, over half of Australians felt their lives become worse. By the latest survey, just one-in-five thought their life became worse over the 12 months to August.

“That does not mean that Australia has returned to pre-pandemic levels of wellbeing and mental health. Life satisfaction was lower in August 2022 than it was in October 2019. There are also still more Australians who have high levels of psychological distress.

“However, wellbeing and mental health outcomes have improved over recent months as lockdown conditions have substantially eased, and despite high case numbers,” Biddle said.

ANU has been collecting data for more than two years, through 12 surveys, to examine how COVID-19 affected Australians. Over 3,500 respondents participated in the latest survey conducted in August.

It comes after the National Cabinet agreed to reduce the isolation period for COVID-19 from seven to five days.

State leaders have also been increasingly calling for a change in approach to COVID-19 policies as the public gets increasingly tired of health restrictions.

“I believe we need to move away from public health orders, we need to move … to a system in which we’ll respect each other—if you’re sick, you stay at home; if you’re not sick, go to work,” he told Sky News Australia.