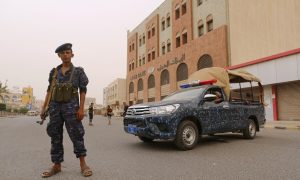 Why Yemen Is at War
0
Share Now
TelegramFacebookTweetEmailTellMeWeReddit
Copy Link 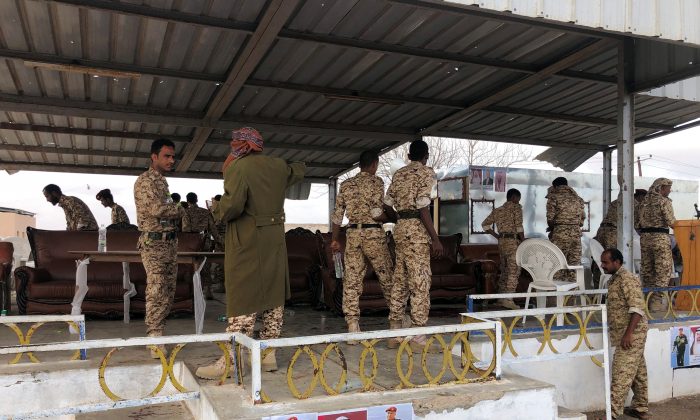 Soldiers inspect the scene of a Houthi drone attack at Yemeni government military parade in the al-Anad airbase in Lahaj province, Yemen, on Jan. 10, 2019. (Stringer/Reuters)
Africa

The parade was taking place inside a military base in the al-Anad district when a loud explosion rocked the area, eyewitnesses said, adding high-ranked officials including Yemen’s deputy chief of staff were wounded in the attack.

#Houthi rebles have used drones to attack a #Yemen pro-government military parade at the Al-Anad air base in Lahaj province, killing at least 5 people
Some high-ranked officials, including Yemen's deputy chief of staff, were wounded in the attack. pic.twitter.com/TtQ2r222Gp

Saudi-owned Al Arabiya TV said five were killed and several were injured. The Houthi’s Al-Masirah TV said the attack targeted “the leadership of the invaders.”

A military source said the attack targeted the podium where officials were sitting.

It was unclear if military officials were present from Saudi Arabia and the United Arab Emirates, the two Gulf states leading a coalition that intervened in Yemen in 2015 to restore President Abd-Rabbu Mansour Hadi.

The Houthis said in November they were halting drone and missile attacks on Saudi Arabia, the United Arab Emirates, and their Yemeni allies, but tensions have risen recently over how to implement a U.N.-sponsored peace deal.

The Iranian-aligned Houthis and the Saudi-backed government agreed to a ceasefire in the strategic port city of Hodeidah and to withdraw forces at peace talks in Sweden in December following months of diplomacy and Western pressure to end the nearly four-year-old war that has killed tens of thousands of people.

But its implementation has stalled as the agreement did not spell out who would control Hodeidah city after the troop withdrawal.