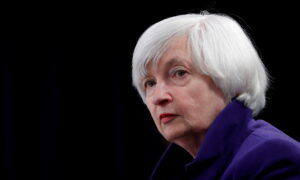 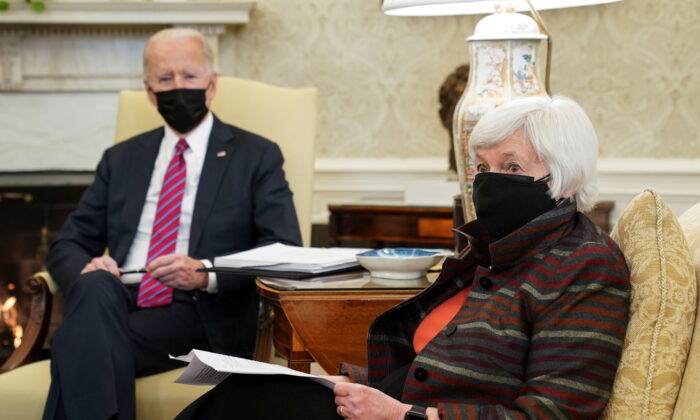 Yellen will meet with officials from the Securities and Exchange Commission, the Federal Reserve, the New York Fed, and the Commodity Futures Trading Commission, a Treasury Department spokesperson told news outlets.

“Secretary Yellen believes the integrity of markets is important and has asked for a discussion of recent volatility in financial markets and whether recent activities are consistent with investor protection and fair and efficient markets,” the spokesperson said.

The department didn’t immediately respond to a request for more information, including whether Yellen asked for written authorization to participate in responding to the volatility.

Yellen received hundreds of thousands of dollars in speaking fees from Wall Street, including some $800,000 from Citadel, according to filings with the Office of Government Ethics.

The ethics agreement Yellen signed states that she’ll request written authorization “to participate personally and substantially in any particular matter involving specific parties in which I know that entity is a party or represents a party.”

The White House declined to comment directly on Yellen’s potential conflict of interest.

Reuters reported that it had seen a document from ethics lawyers giving Yellen permission to deal with the market volatility. In the memo, Treasury ethics official Brian Sonfield said it would be “difficult, if not impossible” for Yellen to recuse herself from matters involving market volatility.

“You are the Secretary of the Treasury, the duties of which require you to be involved in a broad array of matters focused on these sectors,” Sonfield wrote, according to Reuters. “Issues relating to these sectors could arise at any time without the opportunity for consultation with the ethics office. These circumstances make it difficult, if not impossible, for you to recuse from matters relating to these sectors and also argue in favor of prior authorization.”

GameStop shares skyrocketed this month after investors, spurred by a Reddit subforum, poured money into the video game company. The investors sought to disrupt hedge funds like Citadel that bet on GameStop shares dropping.

The situation, which includes other stocks like AMC and Nokia, has spurred calls for stronger regulations. The Securities and Exchange Commission, the country’s top financial regulator, said last week it was closely monitoring “the extreme price volatility of certain stocks’ trading prices over the past several days.”

The commission said it would “act to protect retail investors when the facts demonstrate abusive or manipulative trading activity that is prohibited by the federal securities laws.”