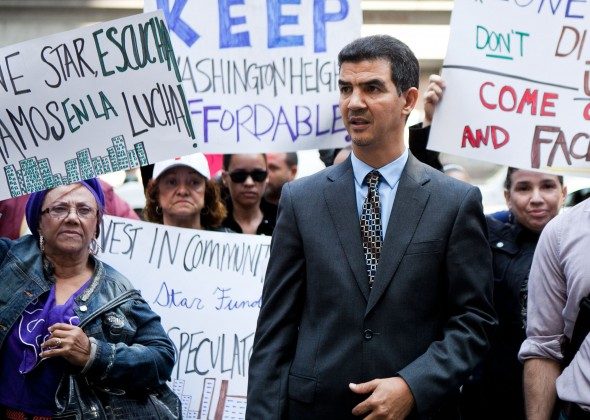 “We will seek to focus this committee on accomplishing Mayor de Blasio’s Vision Zero initiative, placing a premium on pedestrian safety to avoid any further avoidable loss of life,” Rodriguez said in a statement.

Rodriguez added he would focus on looking for ways to expand public transportation, cut travel times, and “strike a suitable balance between the thousands of bicyclists and motorists who use our streets.”

Rodriguez’s district includes Washington Heights, Inwood, and Marble Hill, which has six bridges, the I-95 highway, three subway lines, and a dozen more bus lines running through it.

Politicker had reported last week Rodriguez was in line for the chair position, after which Rodriguez’s office released a statement supporting the mayor’s “Vision Zero” initiative.

Northern Manhattan, where Rodriguez’s district is, sees more traffic caused pedestrian deaths than the citywide average, the statement read. Rodriguez pushed for Albany to let the city control its own traffic cameras and enforcement in the same statement.

“Measures such as greater traffic enforcement, speed cameras, slow zones and more, can help to keep people safe and avoid further loss of precious life on our streets,” Rodriguez stated. “I am glad to see the mayor taking a proactive approach on such a serious issue in our city.”