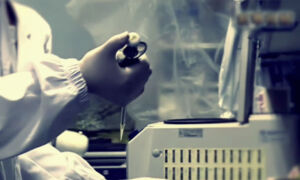 Chinese authorities have mandated that all 11 million residents in Wuhan, China, get tested for the new coronavirus. Yet, residents are now questioning whether the tests are part of a money-making scheme by local authorities. Tests available in hospitals allegedly cost around a third of the tests being used by the government, testing sites have seen workers not changing gloves between tests, and workers have been placing multiple testing swaps together in the same containers.

And a recent virus case in Shanghai has locals worried that a second wave outbreak is underway. Local authorities confirmed just three new infections on May 19, but one of the individuals diagnosed with the virus had spent days traveling by train and subway and going about the city.

This comes as Shulan City was recently placed under martial law, with over 1,103 residential buildings and 1,205 villages put on lockdown.