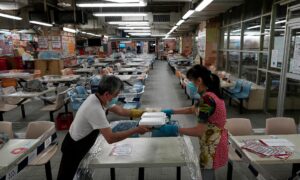 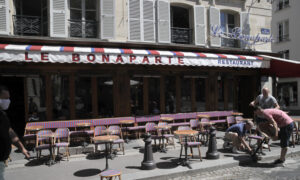 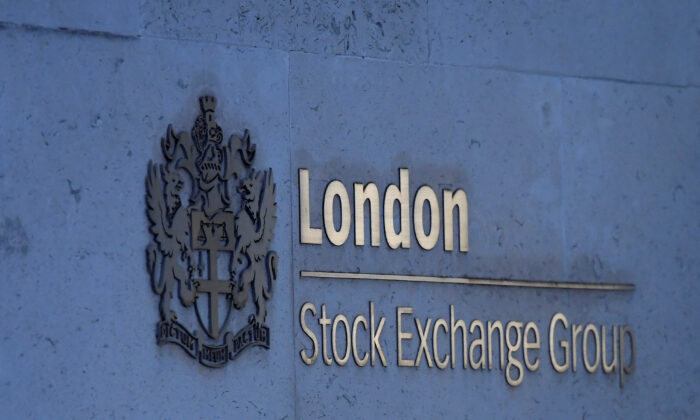 The London Stock Exchange Group offices are seen in the City of London on Dec. 29, 2017. (Toby Melville/File/Reuters)
Economies

LONDON—European shares fell after opening higher, following a mixed bag of earnings results, while the dollar’s rebound stalled as investors waited for progress in talks on government aid in the United States.

Strong U.S. manufacturing data boosted sentiment through the Asian session, even as Sino-U.S. relations took a turn for the worse.

An industry gauge released overnight indicated U.S. manufacturing activity expanded in July at the fastest pace in more than a year, although hiring remained subdued.

After a rally on Monday, European shares opened higher but then fell, with the pan-European STOXX 600 down 0.6 percent and London’s FTSE 100 down 0.7 percent .

Shares in BP jumped after it cut its dividend and posted a record loss that was in line with expectations.

The MSCI world equity index, which tracks shares in 49 countries, was up 0.4 percent after reaching a 5-month high just after 07:00 GMT. MSCI’s main European Index was flat on the day.

U.S.-China tensions worsened as President Donald Trump said that he will ban Chinese app TikTok in the United States unless a tech company such as Microsoft buys it.

The rebound in the dollar faltered, with investors still waiting for Washington to make progress in talks over the next round of fiscal stimulus.

A $600-per-week enhanced unemployment benefit, which provided a lifeline for the tens of millions of Americans who lost their jobs due to the pandemic, expired on Friday.

Lawmakers said they had made progress in the talks, and House Speaker Nancy Pelosi (D-Calif.) will meet again with Treasury Secretary Steven Mnuchin and White House Chief of Staff Mark Meadows on Tuesday, raising hopes for a breakthrough.

Ten-year German bond yields edged down to -0.5249, still above the 2-month lows reached at the end of last week.

Spot gold held close to all-time highs, at $1,974.77 per ounce, amid mounting COVID-19 cases and a warning from the World Health Organization that the road to normality would be long.

Oil prices slipped on fears that a new wave of COVID-19 infections could curtail a pick-up in fuel demand, just as major producers ramp up output.