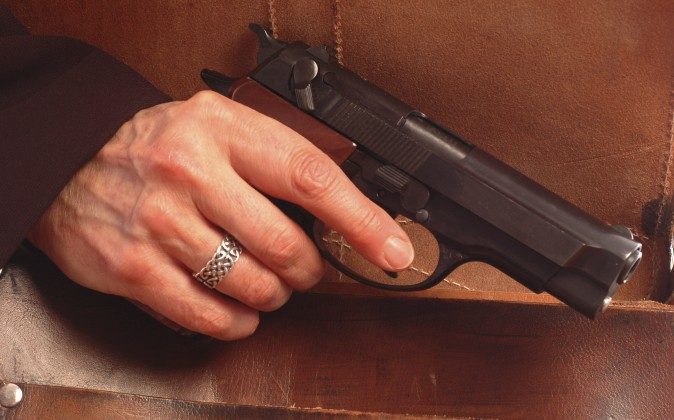 Woman in Louisville, Kentucky Shoots Man Who Tried to Rob Her

A woman in Louisville, Kentucky, has shot a man who tried to rob her with a knife.

The woman, who has not been identified, told police that she was approached by a man as she sat in her vehicle just after 6 p.m. on Tuesday near 5th and Liberty in a parking garage.

The man held the knife to her throat and demanded her belongings.

The woman then reached into her purse as if she were going to give him her wallet but instead grabbed her gun, pulled it out, and shot him.

The man fled on foot after he was shot and was rushed to the hospital after someone who saw him bleeding near the PNC building called an ambulance, reported WHAS11.

The man has non-life threatening injuries.

Neither person has been charged with any crime as of yet, reported WDRB.