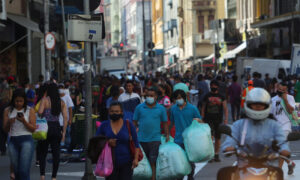 Google to Pay Some Publishers in Australia, Brazil, Germany for Content
0 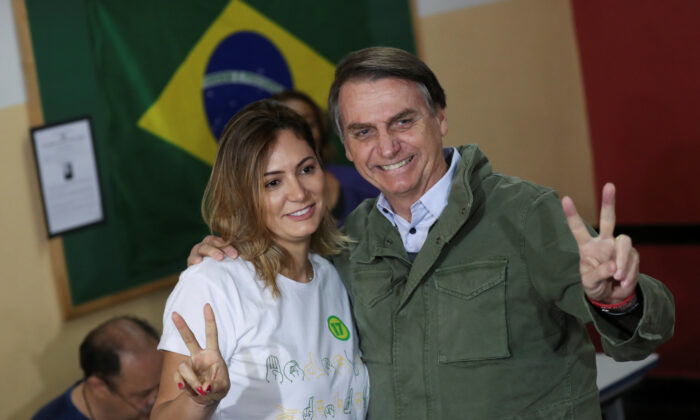 Jair Bolsonaro, newly elected president of Brazil, poses with his wife Michelle as they arrive to cast their votes at a polling center in Rio de Janeiro, Brazil Oct. 28, 2018. (Reuters/Ricardo Moraes/Pool)
High-profile cases

RIO DE JANEIRO—Michelle Bolsonaro, the wife of Brazilian President Jair Bolsonaro who is sick with the new coronavirus, said on Saturday that she and her two daughters had tested negative for the virus.

The president announced that he had tested positive on Tuesday, and said he was quarantining while also taking the unproven drug hydroxychloroquine.

More than 1.8 million people in Brazil have tested positive for coronavirus and over 70,000 have died. Only the United States has worse statistics.

Michelle Bolsonaro, whose grandmother was rushed to hospital and intubated last week, made the announcement on Instagram. She has two daughters, one of whom she had with the president.