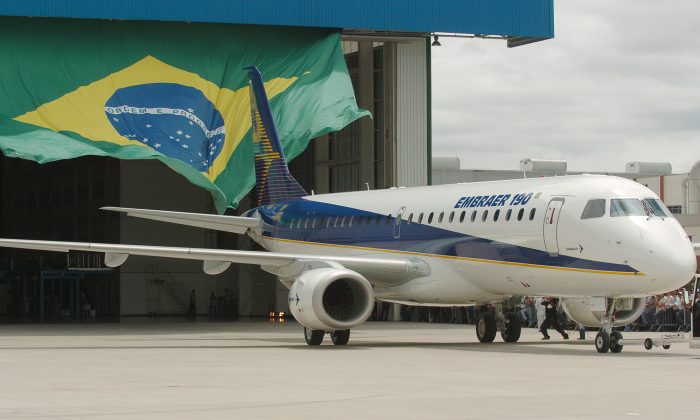 But it’s been slow going for many smaller companies with multilatina ambitions. And expanding beyond the Latin American region has proven particularly difficult for some, especially when it comes to entering developed and advanced markets.

Only a handful of Latin American corporate giants have done so. As well as Embraer and Cemex, there is Mexico’s Grupo Bimbo. It now has the largest bakery in the world, reaching 95 percent of the Wal-Marts, Krogers, and Costcos in the United States with its baked goods. And Colombian coffee producer and café chain Juan Valdes is giving Starbucks a run for its money, also in the United States.

These firms, however, are relatively exceptional. As Northeastern University academic Alvaro Cuervo-Cazurra has argued, it is more common for Latin American firms to expand within the region, and then struggle to make the next move into the wider world. This has been the case for the Chilean retail giant Falabella and Peruvian household goods firm Alicorp. Others, such as Peruvian fast food chain Bembos, have expanded beyond Latin America, but into other emerging markets—India in this case.

One of the reasons why multilatinas struggle to internationalize beyond Latin America is that they face different political, legal, technological, and cultural environments—particularly with regard to the labor market. As MIT professor Ben Ross Schneider has shown, Latin American businesses tend to be family-controlled, unions are weak, and short-term employment is common. There is also little investment in skills and training, with workers having a relatively low education level.

This means that companies such as Alicorp find it relatively easy to compete in markets with similar conditions. However, it is far more difficult for them to go up against competitors with better access to cutting-edge technology and production methods.

It also means that multilatinas struggle to compete in environments where workers are more highly skilled and organized, companies are owned by shareholders rather than families, and, as a result, have more professional managers.

While some Latin American business groups have access to significant financial resources for investment, many simply are not able to invest on a scale that would allow them to compete with much larger global rivals. Or they take on dangerously high levels of borrowing in an attempt to do so. This was the case with Cemex, which borrowed heavily in order to fund overseas acquisitions before being hit by the downturn in key markets during the global financial crisis.

This is why household goods, retail, food and beverage, and banking giants within Latin America often do not compete with multinational players outside the region, even if they have been relatively successful within it.

Plus, the failure to expand outside Latin America means many firms have struggled to resist overtures from international multinationals and end up giving them entry to more local markets. This has led to the banking sector throughout the region being dominated by foreign players such as Spain’s BBVA and Santander, and Canada’s Scotiabank. Coca Cola, meanwhile, has acquired significant competitors such as Peru’s Inca Kola, drowning out the competition.

A new generation of high-tech multilatina has emerged in recent years, which have internationalized extremely rapidly. A prime example is Easy Taxi, a taxi-hailing app founded in Brazil that is now used in 420 cities in Latin America and as far afield as Singapore, Saudi Arabia, and Nigeria. It has been extremely successful by working with established taxi companies that provide a premium service. This has made it popular with the region’s growing middle class, which is concerned about crime and insecurity.

This is in sharp contrast to much larger online taxi companies such as Uber, which has been criticized for it vetting of drivers and potential safety risks. It has also faced hostility from established taxi drivers as an upstart competitor. For this reason, Easy Taxi and similar companies such as Cabify (which was founded in Spain, but has expanded rapidly throughout Latin America) have secured a significant head start in the region’s vibrant and lucrative taxi market.

But they will face a growing threat from Uber, which is making an effort to improve its background checking procedures in Latin America and to ensure a high calibre of drivers. And, perhaps more importantly in the long-run, Uber has a more sophisticated and better-resourced technological platform. This could make its dominance inevitable, despite the latter’s first mover advantage.

The taxi app competition illustrates a key challenge for the region’s emergent tech giants—being able to invest aggressively enough to keep up with the technology, while also responding to international giants adapting to local market conditions. While in some countries, such as Mexico, governments have intervened to regulate Uber, experience elsewhere suggests this is possible only in the short-term, with Uber adapting rapidly to regulatory hurdles in markets in which it seeks to compete.

While some of Latin America’s largest business groups, such as Mexico’s Telmex, owe success to close relations with government, the region’s governments have yet to show much effectiveness in promoting their corporate giants as they seek to expand overseas.

Neil Pyper is a senior lecturer at Coventry University, U.K. This article was previously published on TheConversation.com