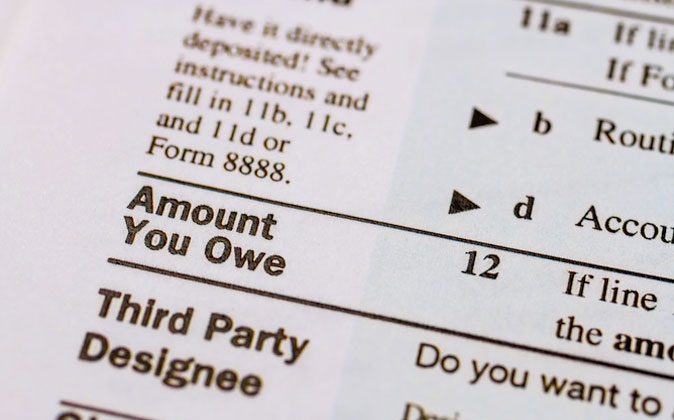 All in the wording: behavioural science, such as the ‘nudge’ concept isn’t new, or quasi-science. (Shutterstock*)
Opinion

Why Can’t We Just Behave? Free Drinks and Behavioral Science

In recent years, books like Predictably Irrational, Nudge and Thinking Fast and Slow have catapulted the findings of behavioural science (think cognitive psychology and behavioural economics) into new-found popularity.

The field is so popular that at the Behavioural Exchange 2014 conference in Sydney they have to turn away people who are queueing at the door. At an academic conference.

It’s the second day of the conference, and as I wait for the start of the day’s presentations, I chat with a sceptic who has only heard about behavioural science second-hand and had concluded that it was a fad or some new kind of pseudoscience.

The first day swayed them. By the end of the second, the conference will have convincingly demonstrated that it’s a field that’s well entrenched in several decades’ worth of good research and methodology, with important insights for business and government.

What sort of insights? As I chat I find myself carefully watching the other conference attendees arrive. Why? I’m wondering whether people are hungover from the conference drinks the night before. And the principles and methods of behavioural science can help me find out.

Something for Nothing and Making the Most of It

Last night there was a function where free drinks were served. Behavioural science has found that when something is free, people are likely to flock to it more than they otherwise might. So there’s reason to suspect that at least some attendees may have overindulged.

But that assumes the drinks really were free: attendees’ behaviour may have been driven by the assumption that they were effectively paying for the drinks (at least in part) through their registration fees.

In this case, behavioural science suggests that instead of regarding that past expense as a sunk cost and choosing their preferred number of drinks based on how many they actually feel like having, people may actually consume more drinks in an effort to get their money’s worth.

What About Self-Restraint? Or Self-Awareness?

Wouldn’t people’s knowledge that they needed to turn up bright and early this morning have meant they restrained themselves last night? As it turns out, behavioural science finds that a present bias means people are likely to have placed a higher value on having a good time last night than on being alert and attentive this morning.

Research also tells us that our capacity for self-restraint might be limited. So after spending a whole day paying attention to cognitively taxing talks and doing our best to avoid the chocolate cake at morning tea, lunch and afternoon tea, we might be less able to resist a tempting beverage (an effect known as ego-depletion).

You might think a group of people at a conference about behavioural science would know at least something about these behavioural phenomena and so could adjust their behaviour accordingly. But the research suggests it’s not easy to change your own behaviour even when you’re aware of your own biases (as is the case with gender bias). Many of the experts noted that yes, even they were subject to this dilemma. To make matters worse, self-serving bias means people are likely to routinely overestimate their ability to do so.

Finding Out What Matters

It turns out, though, that even if I observe attendees looking a bit weary this morning, that won’t really tell me why it’s the case. If anything, this is a dangerous exercise – any time I see someone looking just a bit tired, I’ll take it as evidence affirming my suspicions or beliefs, and I’ll be less likely to notice those who look fresh and energised – another common behavioural phenomenon known as confirmation bias.

Behavioural science is one of many fields that emphasises that to determine a causal effect (or at least shed light on likely causal factors), what you really want to do is run a randomised controlled trial, even though practical constraints can sometimes make this approach difficult (you try telling a control group that they can’t go for a drink with the treatment group).

Enough With the Behaviours, What About the Insights?

These were just some of the behavioural phenomena covered in an excellent conference that featured a great balance of academic research and practical examples.

There were many examples of findings from research and applied behavioural science in the context of both public policy and private enterprise. These ranged from well-known efforts to improve rates of organ donation, to studies of savings behaviours, to addressing gender inequality and efforts to improve Indonesian food subsidy programs.

Three fundamental insights ran as common themes throughout the conference.

Tried and Tested Methods and Results

The first was a point made by many speakers (which won’t surprise anyone familiar with the literature): despite the relatively recent explosion of interest, behavioural science is a decades-long multi-disciplinary research agenda with methods and interventions that present a raft of demonstrable results. Whether or not interest in the field turns out to be a fashionable trend, the field itself is mature and accomplished with a great deal to offer.

The second was the emphasis on the need to develop approaches to policy making that were based on experimentation. Even if you are sceptical about the effectiveness of some of the proposals that have come out of behavioural science, proper experimentation can help you see for yourself whether they work. Using behavioural science isn’t about just trying approaches that have worked elsewhere (which risks survivorship bias). It’s about adopting and encouraging the experimental method itself, which often results in supplementing (rather than supplanting) existing approaches with new understandings of human behaviour.

Finally, in order to succeed the field and the approaches based on it need to be open and transparent. This is important to avoid suggestions or appearances of nefarious manipulation and to ensure that, for example, randomised controlled trials can actually work as the gold standard they are touted to be. Like the old international monetary system of the same name, a gold standard only works well so long as everyone plays by the rules (and the work of people like Ben Goldacre has shown us what can happen to trials when some parties do not).

Above all else, the message of behavioural scientists and practitioners to everyone else was clear: if you’re not with us, you risk falling behind us.

Mike Pottenger is currently working at the Victorian Competition and Efficiency Commission. He also lectures at the University of Melbourne in the Department of Economics, and has co-authored a forthcoming Melbourne School of Government Issues Paper “Behavioural Public Policy: A User’s Guide” with Dr Aaron Martin of the School of Social and Political Sciences. The views expressed here are his, and not those of the University of Melbourne, the VCEC or the Victorian Government. This article was originally published on The Conversation. Read the original article.

*Image of “tax form” via Shutterstock