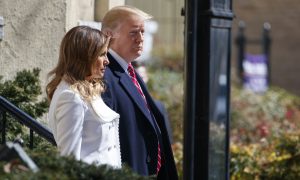 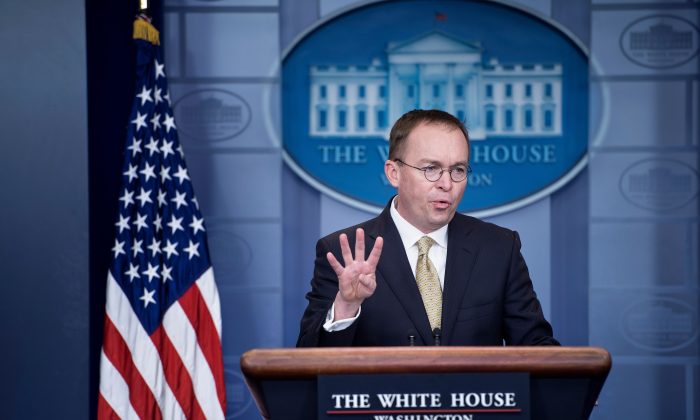 The White House said on April 7 that President Donald Trump’s tax returns will “never” be shown to Democratic lawmakers, a sharp rebuff to a renewed push for a peek into the commander in chief’s personal finances.

Acting White House Chief of Staff Mick Mulvaney told “Fox News Sunday” that the topic of Trump’s tax returns has drawn partisan anger from the Democrats, in response to a question about if the party will succeed in obtaining the sitting president’s finances.

“Never. Nor should they,” he said. “Keep in mind, that’s an issue that was already litigated during the election. Voters knew the president could have given his tax returns, they knew that he didn’t, and they elected him anyway—which, of course, is what drives the Democrats crazy.”

Mulvaney described the renewed efforts from Democrats as a “political stunt.”

“They know that they are not going to get this, they just want the attention on the issue because they don’t want to talk to us about policy,” he said.

“[Trump] could always allow people to see it. That’s not what’s happening here. The Democrats are demanding that the IRS turn over the documents. That is not going to happen, and they know it. This is a political stunt.”

Speaking to reporters at the White House on April 3, Trump didn’t entirely rule out the possibility of providing six years worth of his tax returns.

The demand from the Democratic chairman to see Trump’s tax returns was the first such demand for a sitting president’s personal information in 45 years. The move would likely lead to a lengthy legal showdown with the White House.

“Is that all? Usually, it’s 10,” Trump said. “So I guess they’re giving up. We’re under audit, despite what people said, and we’re working that out—I’m always under audit, it seems, but I’ve been under audit for many years, because the numbers are big, and I guess when you have a name, you’re audited. But until such time as I’m not under audit, I would not be inclined to do that.”

In the interview, Mulvaney also suggested that the Democrats’ newfound push stems from the results of special counsel Robert Mueller’s nearly two-year-long investigation, which found no evidence of collusion between the Trump campaign and Russia. Attorney General William Barr’s summary of the report also concluded that the special counsel didn’t provide enough evidence to substantiate that the president obstructed justice.