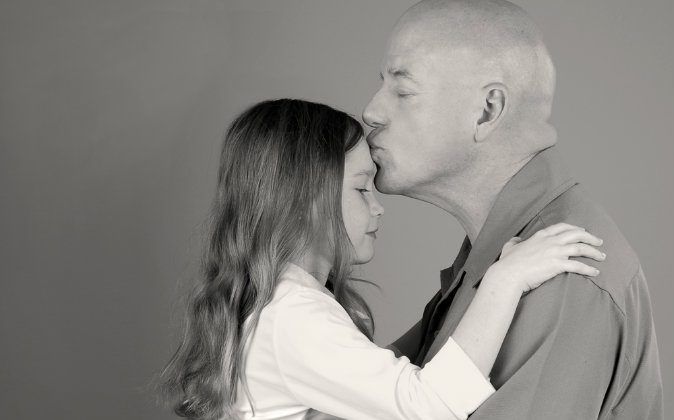 When a Dead Loved One Visits You in a Dream, Is It Real?

As many as 20 to 40 percent of Americans believe they have communicated with the dead, according to multiple studies. Are all of these people in a state of delusion or have they really made contact?

Dr. Camille Wortman, who received her Ph.D. from Duke University and who has worked for decades as an expert on grief and bereavement, wrote in her blog: “Despite the comfort that these communications may provide, mourners often worry that if they are having these kinds of experiences, they must be losing their minds. In many cases, they are reluctant to talk with others about these experiences, fearing that people will think they are going crazy. This could help explain the societal belief that such communications are rare, and that they may be indicative of psychological problems.”

After-death communication can help mourners, says Wortman; she and some other psychologists are exploring this phenomenon as a method of treating grief.

“Survivors would benefit from greater awareness of how frequently these communications occur. Armed with such knowledge, they may be more likely to be comforted, and less likely to doubt their own sanity if they experience after death communication,” Wortman wrote.

In 1995, Dr. Allan Botkin developed a therapy method called “induced after-death communication” (IADC). One of his patients learned something from the induced vision of her deceased friend that suggests the experience was real and not an illusion.

A reporter named Julia Mossbridge had lost her friend, Josh, in college. She had convinced Josh to attend a dance he wasn’t planning to attend and he died in a car accident on the way, she explained in a report on her experience. She felt guilty, though over the course of many years the grief had become relatively weak.

Botkin’s method involves getting the eyes to move in such a way that they imitate the rapid-eye-movement (REM) during sleep. Dreaming occurs during REM sleep. At the same time, he helps the patients get in touch with the core emotions related to their grief.

Mossbridge described the experience: “Simply, without pretense, I saw Josh walk out from behind a door. My friend jumped around with his youthful enthusiasm, beaming at me. I felt great joy at the connection but I couldn’t tell whether I was making the whole thing up. He told me I wasn’t to blame and I believed him. Then I saw Josh playing with his sister’s dog. I didn’t know she had one. We said good-bye and I opened my eyes, laughing.”

She continued: “Later I found out that Josh’s sister’s dog had died, and it was the same breed as the one I had seen in my vision. Yet I still don’t know what’s real. What I do know is that when I think of Josh, I no longer dwell on the images of me calling him or of his car getting hit. Instead, I see Josh walking toward me, laughing and playing with an angel dog. For now, this is the only kind of proof I need.”

Botkin has said it doesn’t matter if the patient believes in the experience or not, it can still have a positive effect.

Bill and Judy Guggenheim coined the term “after-death communication.” They spent several years, starting in 1988, interviewing about 2,000 people from all 50 states and all 10 Canadian provinces who have had such experiences.

Bill Guggenheim was a Wall Street broker, an agnostic, and he didn’t believe in the possibility of genuine communication with the dead. Then he had his own experience. He believes his late father spoke to him.

Guggenheim was in his house when he heard the voice tell him “Go outside and check the swimming pool,” Guggenheim recalled in an interview on Afterlife TV. He went outside and saw the gate to the fence surrounding the pool ajar. When he went out to close it, he saw his 2-year-old son’s body laying limp in the deep end.

Luckily, he was in time to resuscitate the boy. Guggenheim said there was no way he could have heard the splash from where he was in the house, and there was no reason to suspect the boy might even be outside. His son was in the bathroom downstairs and had somehow left the house despite rubber child-safety devices covering the doorknobs.

The same voice that helped save his son urged him later in life to conduct his own research on communicating with the dead. Guggenheim didn’t think anyone would listen to him, since he was a stockbroker; he didn’t have related credentials, such as a Ph.D.

The voice told him: “Bill, do your own research, write your own book. It’s your spiritual work to do.”

‘One Hundred Cases for Survival After Death’

In 1944, Bernard Ackerman compiled accounts in his book “One Hundred Cases for Survival After Death.”

He noted that the cases he compiled had been investigated carefully by people who “spent much time, money, and patience in the process.”

“They were in deadly earnest in trying to solve this great human problem,” he wrote. But, Ackerman did not claim the cases were definitely genuine experiences, he left it up to the reader’s judgment.

One of the stories he recounted was about a young man named Robert MacKenzie. MacKenzie was saved from starvation on the streets by the owner of a mechanical business in Glasgow who gave him a job. The business owner’s name is not given, but he is the one narrating the account.

One night, this business owner had a dream in which he was sitting in his office and MacKenzie appeared. They had the following conversation:

“’What is all this, Robert?’ I said somewhat angrily. ‘Did you not see I was engaged?’
“‘Yes, sir,’ he replied, ‘but I must speak with you at once.’
“‘What about?’ I said. ‘What is it that can be so important?’
“‘I wish to tell you, sir,’ he answered, ‘that I am accused of doing a thing I did not do, and that I want you to know it, and to tell you so, and that you are to forgive me for what I am blamed, because I am innocent.’
“I then naturally asked, ‘But how can I forgive you if you do not tell me what you are accused of?’
“I can never forget the emphatic manner of his answer in the Scottish dialect, ‘Ye’U sune ken’ (You’ll soon know).”

It turned out MacKenzie did not commit suicide as reported. He had mistaken a bottle containing a poisonous substance used for staining wood to be a bottle of whiskey.