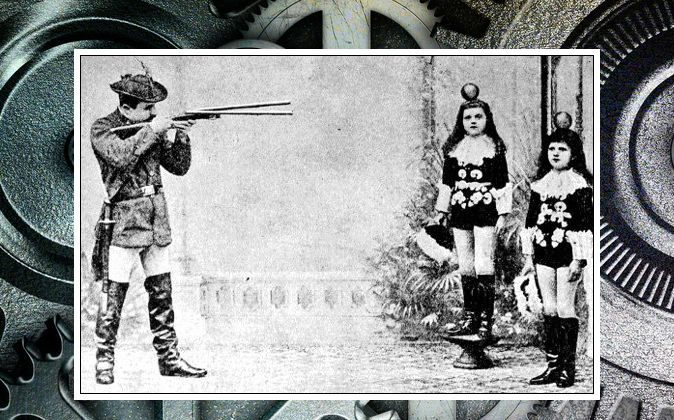 An illustration of the scurimobile, from the book “Magic, Stage Illusions and Scientific Diversions Including Trick Photography.” (Public Domain) Background: Machine gears (Shutterstock*)
Good to Know

What’s a Scurimobile? What’s a Photographic Gun? Check Out These Crazy Inventions

The scurimobile was invented by Alessandro Scuri of Belgium, also the inventor of the unicycle, in the 19th century. It is a gun with two adjustable barrels that can be independently, yet simultaneously, aimed at different objects (see photo above).

Here’s another 19th century curiosity that might blow you away.

The photographic gun was advertised as being particularly good for shooting birds—shooting pictures of birds in motion, that is.

*Image of machine gears via Shutterstock*