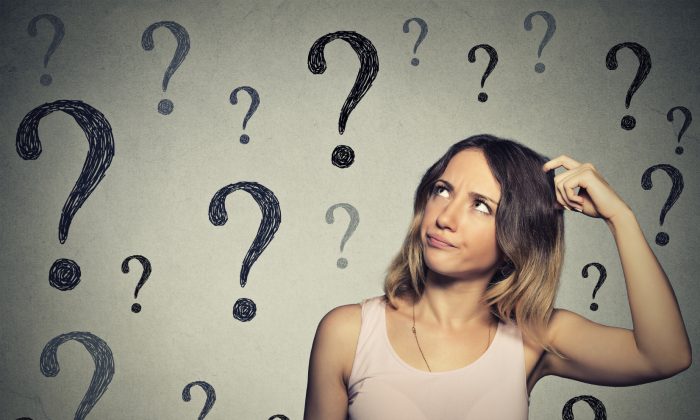 Probably the most important thing in forecasting is the ability to ask: What if something is not how you think it is? Open speculation on world developments is the key to establishing a position, where basically nothing can really surprise you. And at that point, you have come so far as a forecaster.

The “What if?” questions I am currently asking are:

The first two are rather political, but as I mentioned before, politics has become a major factor affecting the global economy. That is why the questions need to be addressed and, perhaps, speculated upon.

Speculation on the actual reasons behind the Trump raid are already running high. There have been reports of Federal Bureau of Investigation whistleblowers coming forward with statements on the politicization of the FBI. At this point, this is naturally pure speculation, and political games, but these are alternative narratives we can consider, because if they turn out to be true, they will have serious repercussions.

Most important, if the raid was politically motivated, why is former President Donald Trump viewed as such a threat to the current system, or the “establishment,” such that his possible becoming again the president of the United States should be stopped? Comparing the tenures of Presidents Barrack Obama and Joe Biden with that of the one term of President Trump, for example, the latter was a rather peaceful and prosperous world.

Due to the Ukraine–Russia war, Europe may be facing its darkest winter since 1945. Our economic systems and societies are unlikely to be able to withstand major energy and possible food crises combined with interest rate hikes. Due to sanctions and central bank policies, we could be facing the deepest economic crisis since World War II, which also would make primarily Europeans a lot poorer.

This leads to the question: Why on earth did President Vladimir Putin attack Ukraine?

He had to know that it would lead to a serious backlash. It also is possible that there were other forces in play that paved the path toward war. There’s the scenario that some powerful entities in the United States wanted to stop the formation of the economic power structure among China, Europe, and Russia. The “entities” would have known which policies would push Putin “over the edge.” This is, again, just speculation, but it’s an idea we need to consider, because, if accurate, it would mean that the economic prosperity of Europeans and possibly the world is being “sacrificed” for a geopolitical play or to accomplish an even more ominous objective.

Could this impoverishment, and thus a controlling of the middle-class through ravaging inflation and indebtedness, be a possible endgame of the “globalists” possibly threatened by another presidential term for Trump?

The question with central bank policies is equally pressing and worrying.

A sound economy needs no savior. It also does not need anyone to “push” it to grow with, for example, artificially low interest rates, as a healthy economy grows organically from the risk-taking of entrepreneurs, corporations, and individuals with the assistance of the financial system. Mistakes naturally do happen, and they sometimes lead to serious financial crashes and economic crises. However, stringent and punitive policies toward excessive financial speculation are truly the only remedy against “moral hazard” and other financial malpractices leading to crises. The financial crises in Finland and Japan during the early 1990s are good examples of this. And it should be remembered that the biggest economic crisis thus far, the Great Depression of the 1930s, occurred just 16 years after the creation of the Federal Reserve.

Moreover, for the past decades, central bankers have manipulated our economies through interest rates and asset purchasing (and selling) programs (quantitative easing and tightening). What has this led us into? The global economy is more fragile than ever, and many heavily indebted sovereigns, such as those in the eurozone, remain solvent only by continuous central bank support. Essentially, the world economy is in constant need of resuscitation because of central bank policies.

How demented would be that, after destroying an economy, central bankers would make themselves appear as our saviors?

It would be Machiavellian: to crash something just to get more power over it.

Then only cash would need to be banned for the central banks to gain full control of interest rates, and the economy. The end result would be an economic dystopia, where the ability of citizens’ to control their own (economic) fate—a particular kind of agency—will effectively have been taken away.

This is something central bankers may try to sell us after the economy crashes, through the rationalization of “safety.” This again is speculation that ought to be considered as the end result of such an aim; it truly would be horrible, on the level of a kind of enslavement of the populace.

So, I urge everyone to ask the “What if?” questions presented above (and more). This is because if any of them (not to mention several not discussed above) turn out to be true, we are living in a very different world that has been presented to us.