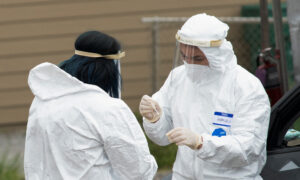 What Can the World Do To Stand Up To the CCP? Curtis Ellis Says It’s Time to Boycott China

Curtis Ellis, a top Trump economic advisor and Policy Director with America First Policies, is calling for a boycott of the Chinese regime. He argues that given the CCP’s history of abuses, its forms of subversion against other nations, and its cover-up of the CCP Virus which has gone on to become a pandemic, everyone has the ability to stand up against it through a boycott.

In this episode of Crossroads we sit down with Ellis to discuss why he believes a boycott is necessary, and whether it is likely or not that current global lawsuits against the CCP can succeed, and why the calls for investigations into the regime and its handling of the CCP Virus are necessary.

And President Donald Trump has invoked the Defense Production Act to order meat processing plants to stay open. We explain the story behind the order.