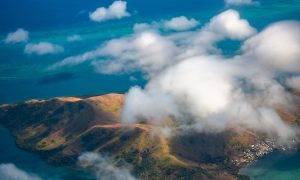 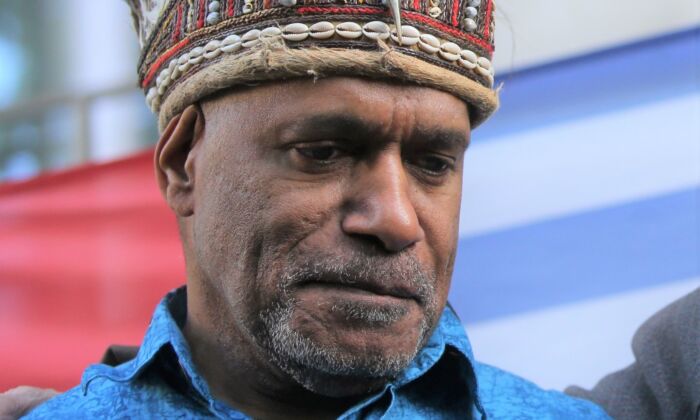 Leader of the West Papuan separatist movement Benny Wenda is laying out the welcome mat for the Chinese Communist Party (CCP) to step into the ongoing Papua conflict and help achieve independence for the province.

“Our struggle has been going on for nearly 60 years,” the rebel leader said from his home in Oxford near London.

“My people are not safe in the hands of Indonesia. Almost 500,000 men, women and children have been killed since 1960,” he told The Australian. “There is basically a slow genocide being committed by Indonesia, and Australia and New Zealand refuse to act on this humanitarian crisis.”

“If China wants to support us, we will welcome them with open arms,” Wenda said, adding that the group was open to receiving assistance from any country, even if they did not align ideologically.

Wenda is the interim president of the United Liberation Movement for West Papua, established in 2014 as a new umbrella group for separatist movements in the region.

Wenda’s comments come just a week after leaders of Malaita Province in the Solomons Islands continued its diplomatic relationship with Taiwan, despite the national government switching official relations for Beijing in September 2019.

“What we have seen with the People’s Republic of China’s involvement in other countries in the region is that everything looks quite good at the start, but at the end of the day, the countries eventually find it difficult to handle the problems that come with dealing with China,” Malaita Premier Daniel Suidani said.

The appeal from Wenda comes as the CCP’s soft power push into the South Pacific region continues via propaganda, foreign aid, and infrastructure investment under the Belt and Road Initiative (BRI).

The BRI is Beijing’s trillion-dollar, global infrastructure funding scheme that has been criticised for leaving developing countries laden with debt.

In an interview in October 2020, Wenda told the Lowy Institute that Australia and New Zealand needed to work harder to secure West Papua’s independence, claiming the country would provide a bulwark against Chinese influence from the north.

“Melanesians were warriors in the front line in the Second World War,” he said. “We are the front-line defence.”