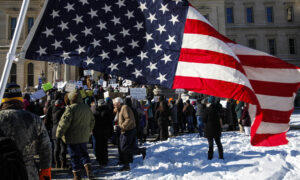 Transforming the Electoral College to a National Popular Vote
0 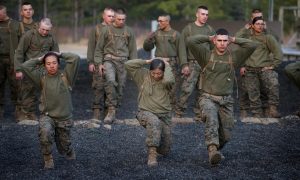 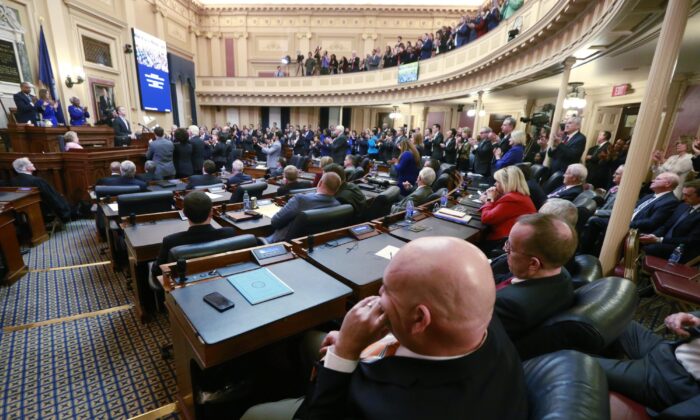 A joint session of the Virginia Assembly at the Virginia state Capitol in Richmond, Va., on Jan. 8, 2020. (Steve Helber/AP Photo)
Politics

The Virginia House has voted in favor of legislation that would take away the General Assembly’s power to draw electoral district boundaries and instead establish an independent redistricting commission.

The House voted 54-46 to approve the resolution on March 6, after it rejected a substitution proposed by Del. Marcus Simon (D-Va.) which would have added language designed to further prevent manipulation of the electoral boundaries to favor one party or class and racial gerrymandering.

Senate Joint Resolution 18, which would establish the constitutional amendment, calls for a 16-member bipartisan redistricting commission that would have the authority to propose redistricting plans to the General Assembly.

Half of its members would be state legislators, with equal representation from the two major parties and the two chambers. The other eight members would be citizens who would be chosen by retired judges from lists developed by legislative leadership from both parties.

The General Assembly could then either approve or decline them, but couldn’t offer any amendments to the bills. The resolution is sponsored by Sen. George Barker (D-Va.).

Currently in Virginia redistricting is handled by the General Assembly without any oversight, effectively allowing the majority party control over drawing the lines.

Speaking to his substitution on the House floor, Simon discouraged the chamber from voting for the resolution in its initial form, adding that his substitution, although it would restart and prolong the amendment process, would have created better legislation, the Washington Examiner reported.

Other Democrats, including several members of the Legislative Black Caucus, also discouraged the chamber from voting to pass the current resolution, calling it a mistake that could eliminate minority representation and prevent a truly nonpartisan redistricting process.

Del. Jeff Bourne (D-Va.) urged the house, “Hear our voices, please, do what’s right and not what’s easy,” while Del. Luke Torian (D-Va.) said the amendment, and other legislation like it, “dims the hope” of black Americans to achieve the American dream.

Del. Marcia Price (D-Va.) also said that the commission should be required to reflect the demographics of Virginia and that the resolution should include language to prevent racial gerrymandering.

Senate Joint Resolution 18 states that “every electoral district shall be drawn in accordance with the requirements of federal and state laws that address racial and ethnic fairness,” and “districts shall provide, where practicable, opportunities for racial and ethnic communities to elect candidates of their choice.”

It also changes the process for counting Virginians who are in prison to count them at their previous address rather than at their location behind bars.

The proposed amendment will now be placed on the ballot for Virginians to vote on in a referendum, which is the final step to add it to the state constitution.