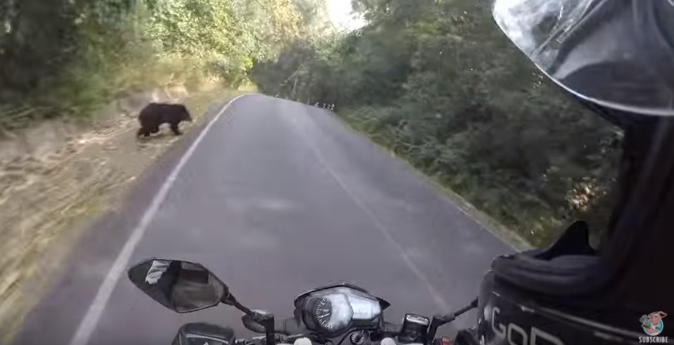 Recent footage from a biker’s helmet camera has gone viral.

The footage captures the motorcyclist’s extremely close call with a bear.

The rider and his passenger are coming to the end of a left turn when the bear suddenly runs out of the woods toward the bike.

The driver exclaims, “Whoa!” making a fast decision to swerve to try to avoid the animal.

Fortunately for the humans and the bear, the maneuver worked.

The video was filmed in Thailand.