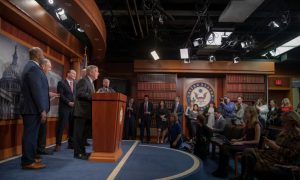 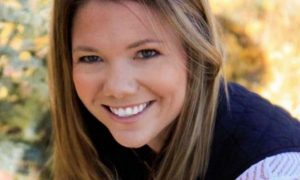 The bill gives judges more discretion when sentencing drug and lower-level offenders while also reducing the recidivism risks of prisoners by expanding on programs such as job training.

It passed the House of Representatives a day ago by a landslide vote of 358 to 36.

The Supreme Court confirmed in a statement that the operation removed cancer from her left lung and that there’s no trace of the disease left.

Ginsburg is resting after the operation at the Memorial Sloan Kettering Cancer Center in New York City. She is expected to stay at the hospital for a few days. No more treatment is planned as she is now cancer free.

Fiancé of Missing Colorado Mom Is Arrested and Booked for Murder

The fiance of missing Colorado mother Kelsey Berreth was booked into jail on Dec. 21 on a murder charge.

He is being held in the Teller County Jail.

De Young called it a “methodical and time-consuming multi-state investigation.”

“We finally received enough information to implicate Patrick in his involvement in Kelsey’s death,” De Young said. He said more arrests could happen in the investigation.

From dog poo energy to self-parking slippers, when you think about science and technology, these things might not usually cross your mind.

A British inventor, Brian Harper, spent several years developing his dog poo-powered lamp as the first in the U.K.

This year, in a breakthrough procedure in the United States, a sea turtle had its tumor treated with electrochemotherapy.

The new approach is designed to enhance the effectiveness of chemotherapy by using a well-dosed electric pulse combined with a controlled amount of chemotherapeutic drugs.

In Japan, one inn located in the resort town of Hakone is making use of new technology to offer an extra touch in their hospitality—self-parking slippers.

Nissan Motor Co. developed an automated system that makes their guests’ slippers to return to their original position just with one push of a button.