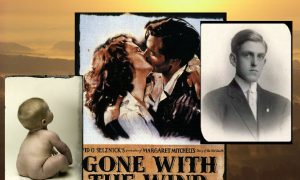 Screenwriter of 'Gone With the Wind' Reincarnated in the Midwest?
0
Share Now
TelegramFacebookTweetEmailTellMeWeReddit
Copy Link
Beyond Science

Video Interview With Dr. Jim Tucker, Reincarnation Researcher at the University of Virginia

CHARLOTTESVILLE, Va.—Dr. Jim Tucker works at the University of Virginia’s Division of Perceptual Studies (DOPS) as a reincarnation researcher.

He has a database of about 2,000 cases of children who seem to remember past lives. Some of these children’s memories have been verified to match in detail the lives of people who have died, suggesting the memories are genuine.

Tucker spoke with Epoch Times about his work, starting with the terminology. In his academic work, he usually prefers terms such as “survival” instead of “reincarnation.”

“There are a lot of connotations with ‘reincarnation,'” Tucker said. The religious connotations do not necessarily have bearing on the cases he studies. “Stated most conservatively,” he said, “[the cases] provide evidence that some young children have knowledge of events that happened in the past and their experience of that knowledge is that they are memories that they went through themselves.”

“The simplest explanation is that they’re recalling a life they actually lived,” Tucker said.

Recently, there has been some attention given to the case of Alex Malarkey, coauthor of the book “The Boy Who Came Back From Heaven.” Malarkey was about 6 years old in 2004 when he was in a car accident. He said at the time that he’d been to heaven and returned. Later, however, he said he made the story up and was pushed to expand on it by enthusiastic adults.

Tucker said he is not particularly worried about this happening in the cases he studies.

“With our cases, we don’t take anything on faith if we don’t have to … The question is, do the things that they say match with the life of somebody in the past? … In the strongest cases, it would have been impossible for the children or even their parents to have committed fraud, because the information was so hard to come by.”

“Well, it’s hard to say [how they react],” he said. “They are at least tolerant of it … at least they can tell I’m a serious-minded person.”

In terms of acceptance from the wider scientific community, he said, “It helps, quite frankly, to be at a renowned university that people respect. … They see that we’re trying to approach [this work] in a serious-minded way.”

“We’ve studied 2,500 cases, and we have this data base where we code each case on 200 variables,” he said. “We can see patterns from the group of cases that you can’t necessarily see on an individual level.”

An example of a pattern he’s observed is that more boys talk about past lives than girls. This seems strange, because girls are usually more verbal at a younger age. But Tucker thinks he may have figured it out.

About 90 percent of children talk about memories of past lives as the same sex. “So when we say more boys talk about these cases than girls, we’re saying that more of the previous personalities were male than female, and … it’s in the unnatural deaths where there are more males than females.”

Many of the outstanding cases involve children remembering traumatic deaths or traumatic experiences in past lives. Sometimes the children even have birthmarks that seem to match the wounds from their past lives.

Tucker considered how a past-life wound could physically appear on the body of a baby in the present life, how the mind might imprint a mark on the body.

“We know that specific images in the mind can sometimes produce specific marks on the body. For instance, there are what are called stigmata cases where someone will pray intently to Jesus and then develop what appear to be wounds like the wounds of Jesus described in the Bible.

“Or there’s this well-known case where a man was recalling a very traumatic event where he had been tied up. He developed what looked like rope marks on his arms.”

“If someone dies a traumatic death, then if the consciousness does carry on, it may carry with it the imprint of that memory … to the developing fetus,” he said. The memory could thus cause the marks to appear where the wounds were.

Tucker’s predecessor at the university, Dr. Ian Stevenson, did much of his research in Asia or sometimes Africa and other regions. Tucker has decided to focus more on cases in the United States.

He said one of the advantages of this approach is that more records are usually available for verification in America than in Asian villages. Another advantage is people can’t argue that it’s a cultural belief in reincarnation causing the children to fantasize about a past life. Most of the American cases take place in families that have no initial belief in reincarnation.

Regression Not as Trustworthy

Tucker does not study cases of past lives remembered through hypnosis.

“One problem with hypnotic regression is that hypnosis itself is just such an unreliable tool, even for memories from this life,” he said. Sometimes people may recall things they read or watched, he said. “It’s very hard for someone to tell if it was a memory or just a fantasy during hypnosis.”

He acknowledged, however, that there have been some exceptions, some cases with verification.

About 20 percent of the children who report past-life memories also talk about the time between lives. They sometimes talk of floating up and seeing their bodies, some talk of going to other realms, of being led to their next parents, and a variety of other experiences.

Concerning how his work has affected his view of his own mortality, Tucker said: “I’ve become persuaded over the years that there does seem to be more than just the physical world … that there is this consciousness piece that’s separate … I don’t see any reason that consciousness would be completely dependent on the living brain.”

He said, “I’d still like to put it off as long as possible, but I’m hopeful that after I die, I’ll be able to have new experiences.”