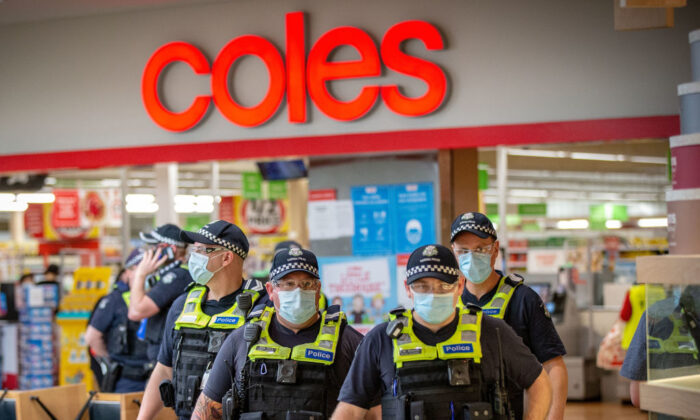 Victoria has recorded another two coronavirus deaths, taking the state toll to 802 and the national figure to 890.

There are seven new cases, as Melbourne’s 14-day average drops to 12.8 and the regional figure to 0.2.

From September 16-29 there were 14 cases with an unknown sources in Melbourne and none in regional areas.

The latest numbers come as health authorities confirm two workers in the state government’s revised hotel quarantine program were on duty while infectious.

The Department of Health and Human Services says the workers, among nine who have tested positive since the program was overhauled, were asymptomatic at the time.

The DHHS also says the latest positive case was in late August.

On Thursday, Victorian Premier Daniel Andrews said he was confident in the program, despite reports subcontracted staff were hurriedly stood down due to infection control concerns.

Victoria’s hotel quarantine program was overhauled in June after private security guards caught the virus from returned travellers and spread it into the community, sparking the state’s devastating second wave.

The premier said the government had learned from mistakes made in the first iteration of the program.

He said the workers were taken off shift as part of a “transition to a new set of arrangements that is unfolding”.

Five of the nine hotel quarantine workers to test positive to coronavirus since the overhaul are Spotless employees.

One was a DHHS staff member and another was a Victoria Police officer, while the other two were agency staff according to the department.

The Victorian government maintains they didn’t contract the virus at work.

The DHHS also said three of the infected staff members had contact with known outbreaks – one connected to Victoria Police, one an aged care facility and one a public housing outbreak – while five were in households.

The other positive case was likely through community transmission, the DHHS said.

Victorian health authorities also insist a popular Melbourne shopping centre is safe for visitors as a COVID-19 cluster linked to the site swells.

Of Thursday’s 15 reported cases, four were linked to the Chadstone shopping centre outbreak that has now grown to eight people and includes a family in Frankston.

“It is perfectly safe to go back into Chadstone at this time,” Cheng said.