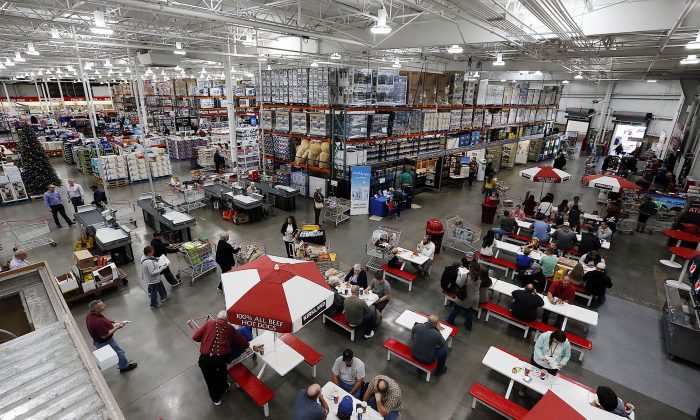 SALT LAKE CITY—Customers may need a map along with their membership cards to shop at the Salt Lake Costco, which is dubbed by the company as the largest worldwide.

“We decided to add a business center and combined it with a (traditional consumer) warehouse for a hybrid,” said general manager Craig Jamieson. “Currently, we’re the largest Costco on the planet,”

Costco is helping customers acclimate to the new building by giving them layouts of the 235,000-square-foot facility, where traditional consumers and business owners alike can shop, the Deseret News reported.

It’s estimated that the perimeter loop of the store is a third of a mile long. Jamieson said the expanded space is about 42 percent bigger than the average Costco warehouse store.

Originally 165,000 square feet when it opened in 1994, the Salt Lake warehouse added the business center to serve customers like coffee shop owners and academic institutions. Now, the facility is about 235,000 square feet. With the additional space, Costco can offer 2,700 items including pallets of soft drinks and whole lambs and roasting pigs.

“The focus is on convenience stores, offices (and) restaurants,” he said. “We also added delivery as part of that process.”

Jamieson said Salt Lake City was picked to launch the hybrid store concept because company officials were unsure a business-only center would work in that market.

There are 11 other Costco business centers operating in the U.S., a sector that Jamieson said the company plans to expand rapidly.

The business center opened to members in October. The official storewide grand opening is set for Nov. 12.