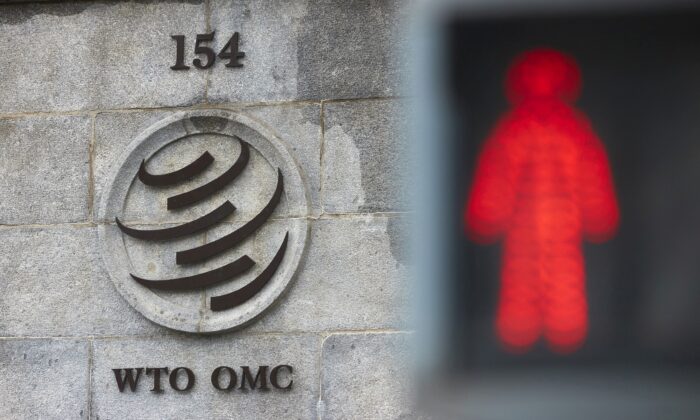 A logo is pictured on the World Trade Organization (WTO) building, in Geneva, Switzerland, on July 15, 2021. (Denis Balibouse/Reuters)
US-China Relations

US Should Hold Beijing Accountable on Trade After 20 Years of WTO Abuses: Analysts 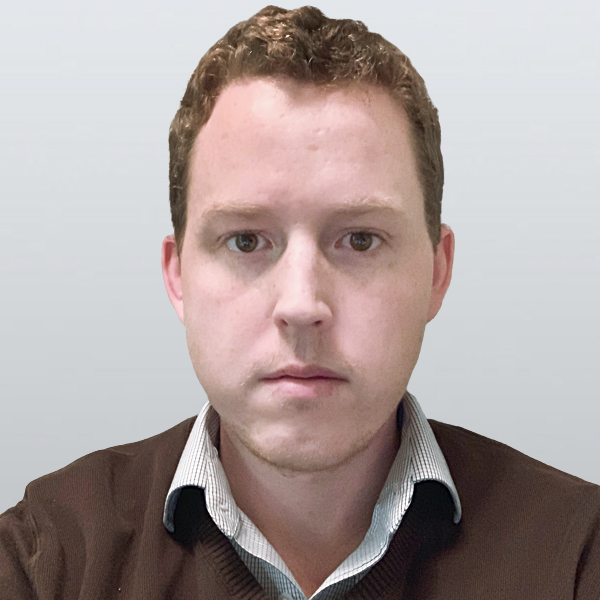 Sam Dorman
Freelance Reporter
Sam Dorman is a freelance reporter covering China-related issues. He previously worked as a reporter for Fox News Digital. You can follow him on Twitter at @DormaninDc.
View profile
Follow
biggersmaller
Print

The United States Trade Representative (USTR) is calling for the country to rethink its approach to China with a focus on building up domestic capacity rather than trying to change the communist nation’s behavior.

“Our strategy must expand beyond only pressing China for change and include vigorously defending our values and economic interests from the negative impacts of the PRC’s [People’s Republic of China’s] unfair economic policies and practices,” USTR Katherine Tai said in Congressional testimony on March 30.

After China joined the World Trade Organization (WTO) in 2001, it made a series of pledges to open its economy and remove barriers to trade. But according to yet another report from the USTR in February, the regime has failed to live up to its commitments and continues to engage in trade-distorting behavior.

That report came roughly 20 years after China joined the WTO and 50 years after former President Richard Nixon famously opened the country to the United States. Since then, Washington has pursued a strategy of engagement with Beijing under the assumption that the communist country would in turn open its economy and polity to western influences.

Prior to China’s abuses at the WTO, Washington had also granted it “most favored nation” status, which confers certain advantages in trade. Beijing’s acceptance into the international trade system was a reflection of the Western world’s embrace of the theory of comparative advantage, which promotes specialization in production among trading partners and informs some opposition to protectionism, said Chuck Benoit, an international trade attorney. According to this theory, benefits accrue from trading with a nation even if they are better or more efficient at producing a particular good. The assumption was that free or less restricted trade with China would benefit other nations.

But two decades after joining the WTO, the Western world’s hopes for Beijing have not panned out. As USTR notes, the country has perpetrated a series of trade-distorting activities that betray commitments to liberalize its economy, including its state-sanctioned theft of foreign intellectual property (IP).

“Absolutely I think China was the central player in the revisiting and re-questioning of 70 years of trade policy,” said Benoit, who also claimed China’s entry into the WTO was a “net negative.”

Not everyone is on board with Benoit’s apparent lament. Riley Walters, an expert at the Hudson Institute, defended China’s entry in an interview with The Epoch Times.

“I don’t think we were wrong to actually pursue that,” he said referring to WTO ascension. ”I think we were right … what we were thinking of back in the day, which was trade liberalization, is naturally good for economies and I think it worked … for the United States, for China.”

Instead, he suggested that Europe and the United States were “terrible on enforcement” with issues like IP theft. Additional protectionism, he added, was not the answer. Walters took issue with the Trump administration’s approach and “phase one” trade deal, which flopped when China didn’t buy various products that it said it would.

“I don’t know why we [the U.S.] thought they were going to buy all of those goods,” he said, arguing that Trump’s trade deal was preceded by both sides imposing tariffs without reaching a solution.

Both he and Heritage Foundation scholar Dean Cheng indicated that Chinese leadership had changed in a way that made current negotiations more difficult than when WTO ascension was being considered.

Referring to Trump’s trade war, Walters said he thought it was “naive to think that it would work out to begin with … I think the character of the leadership that we’re dealing with in China now is much different than we’ve had to deal with in the past. Now, China is a global player. I think there is a bit of big-headedness coming out of Beijing on this issue.”

Transitioning towards a more managed trade relationship, experts indicate, could help balance the need for open commerce with accountability for the regime’s abuses.

It’s unclear how the Biden administration will proceed and current indications, Walters said, don’t point to another Trump-style trade war with the Chinese regime. In its report, USTR said it would pursue a “multi-faceted approach” that included both “bilateral engagement with China and the use of trade tools to protect American workers and businesses.”

It further warns that “WTO rules do not, and cannot, effectively discipline many of China’s most harmful policies and practices.”

In Benoit’s view, China’s membership in the WTO has been a net negative. After the country’s IP abuses in the early 2000s, it became clear that the United States should move towards more of a managed trade model rather than a large-scale embrace of comparative advantage.

He told The Epoch Times that the United States should pursue other measures such as imposing List 2 tariffs, which covered $16 billion under the Trump administration’s plans in 2018. He also proposed using List 4 tariffs, which covers $300 billion in imports. Both lists refer to a variety of products. For example, List 2 includes things like lubricating oils, polycarbonates, and melamine resins.

One of Trump’s former advisors, Steve Milloy, says the United States needs to continue down Trump’s path of increasing pressure on the Chinese regime. Like Tai, he said Washington. would need to build up its existing capacity for leverage to back up a tougher approach to negotiations.

“We need to start bringing vital industries back to the U.S.,” he said, specifying things like antibiotics and computer chips. He added that the “idea that China can be westernized or liberalized—it was all nonsense.”

A more viable strategy, he suggested, was disentangling trade with China. “You can still deal with them but you can’t be at their mercy and we have put ourselves at their mercy,” said Milloy.

Cheng similarly emphasized the role of U.S. industry and touted bilateral trade agreements as a way to strengthen its position in the world.

“We need an economic component to our foreign policy … that is not all about state direction but is about promoting free enterprise,” he said. “Because at the end of the day, free American companies are more agile, more flexible, more innovative than Chinese state-owned enterprises.”

In order to counter China, he suggested the United States work on securing additional judges on the WTO and leverage alliances to pressure China on violations.

Sam Dorman
Freelance Reporter
Follow
Sam Dorman is a freelance reporter covering China-related issues. He previously worked as a reporter for Fox News Digital. You can follow him on Twitter at @DormaninDc.