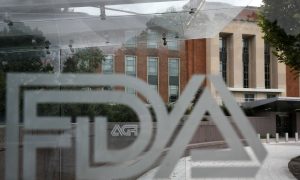 WASHINGTON—A group of Democratic U.S. lawmakers presented legislation Thursday which will set new maximum levels of toxic heavy metals in baby food and require manufacturers to comply within one year.

The bill will be formally introduced Friday.

The Baby Food Safety Act of 2021 would set maximum levels of inorganic arsenic, lead, cadmium, and mercury in baby food and cereal that manufacturers would have to meet within one year.

Representatives Raja Krishnamoorthi and Tony Cárdenas and Senators Amy Klobuchar and Tammy Duckworth will introduce it.

“For too long, industry has been allowed to self-regulate baby food safety, and the results have been appalling and extremely harmful to our kids,” Krishnamoorthi said.

Earlier this month, the FDA said it would boost sampling of baby foods and increase inspections after Krishnamoorthi’s House oversight subcommittee released a report finding “dangerous levels of toxic heavy metals” in some baby foods.

The FDA, which did not comment Thursday, has not committed to issuing new regulations, saying earlier it was moving ahead with a “plan aimed at reducing toxic elements in foods for babies and young children to levels as low as is reasonably achievable.”

The FDA has declared the heavy metals dangerous, particularly to infants and children. The FDA in August finalized guidance to industry, setting an action level of 100 parts per billion inorganic arsenic in infant rice cereal.

The bill would limit inorganic arsenic to no more than 15 parts per billion for cereal.

FDA said testing shows “children are not at an immediate health risk from exposure to toxic elements in foods” and noted toxic elements are present in the environment and can enter the food supply through soil, water, or air.

Baby food companies say they are working to reduce levels of metals that occur naturally in food products.