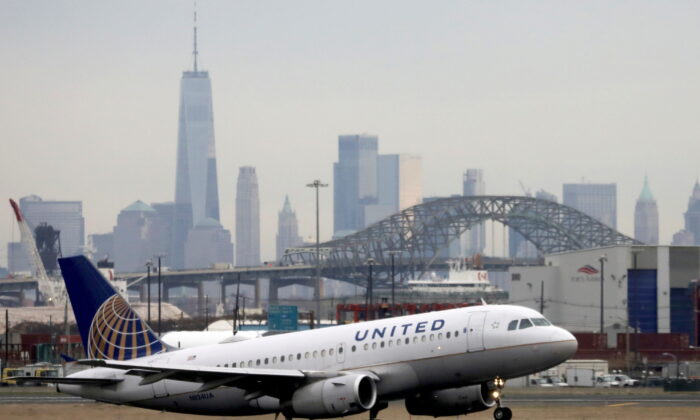 United Airlines Inc. has threatened to terminate service to John F. Kennedy International Airport (JFK) in New York City in October if the Federal Aviation Administration (FAA) does not grant the airline more flights, according to Reuters.

CEO Scott Kirby wrote to Acting FAA Administrator Billy Nolen to request additional capacity at JFK, according to an email sent to employees on Sept. 6 and viewed by Reuters.

The New York City airport is the largest hub for international flights in and out of North America and the 13th busiest airport in the United States, the New York Post reported.

United has been flying just two flights a day to San Francisco and Los Angeles from JFK after resuming service in 2021 during the pandemic.

“If we are not able to get additional allocations for multiple seasons, we will need to suspend service at JFK, effective at the end of October,” said Kirby in the email.

United Airlines is the nation’s third largest carrier after American Airlines and Delta Air Lines Inc. The company has said that without more permanent slots, it cannot effectively operate out of JFK “compared to the larger schedules and more attractive flight times flown by our competitors,” such as JetBlue Airways and American Airlines, which currently offer four to five flights a day.

Kirby said United had been working to pursue additional slots for more takeoff and landing authorizations from the FAA and the Port Authority at JFK so it “can grow to be more competitive.”

Company Gave Up Flights in 2015

United made a long-term deal in October 2015 to lease 24 year-round slots at JFK to Delta Air Lines after ending its transatlantic service at the New York airport to concentrate on its hub nearby at Newark Liberty International Airport in New Jersey.

Kirby, who took over as United CEO in 2017 after leaving rival American Airlines, has said the move was a mistake.

However, the current lease agreement with Delta prevents United from getting its hands back on those slots any time soon.

Kirby has been focused on finding other ways to reestablish and expand United’s old footprint at JFK, believing that operations at the international travel hub have room to expand after the pandemic.

The FAA approved United’s June request to temporarily slash about 50 daily summer departures from the Newark airport to address congestion.

Since 2008, the runways, taxiways, and turnoffs at JFK have undergone major infrastructure improvements by the FAA and the Port Authority, the company said, adding that the airport has room to grow.

“United believes it is in the traveling public’s best interest for the FAA to quantify and permanently allocate the unused capacity that exists at JFK,” said Kirby.

The FAA said in a statement Tuesday that it “must consider airspace capacity and runway capacity to assess how changes would affect flights at nearby airports.”

The agency continued by saying that if it decides to award more slots at JFK, the agency “would follow the FAA’s well-established process of awarding them fairly and to increase competition,” which would not necessarily benefit United.

United leaving JFK due to the FAA’s inaction “would obviously be a tough and frustrating step to take and one that we have worked really hard to prevent,” said Kirby in his letter.