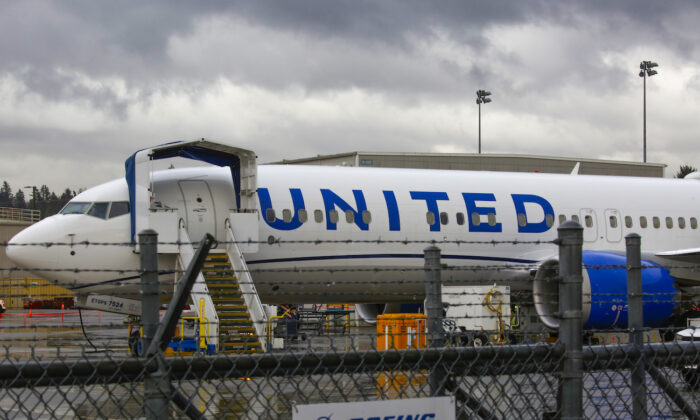 A Boeing 737 MAX airliner with United Airlines markings is pictured at the Boeing Factory in Renton, Wash., on Nov. 18, 2020. (Jason Redmond/AFP via Getty Images)
By Reuters

CHICAGO—United Airlines on Thursday trimmed the number of employees who are facing termination for defying the company’s COVID-19 vaccine mandate.

The Chicago-based carrier said only 320 U.S.-based staff are now not in compliance with its COVID-19 vaccination policy, marking a 46 percent drop in the past two days.

Excluding those who have sought an exemption, United said 99.5 percent of U.S.-based employees now have been vaccinated against COVID-19.

United, which in early August became the first U.S. carrier to require COVID-19 vaccinations for all domestic employees, had asked for proof of vaccination by Monday or face termination.

It later softened its position, saying workers could save their jobs if they chose to get vaccinated before their formal termination meetings.

Since Monday, more employees have provided a proof of vaccination, a company spokesperson said. The airline expects a further decline in the number of unvaccinated staff in coming days.