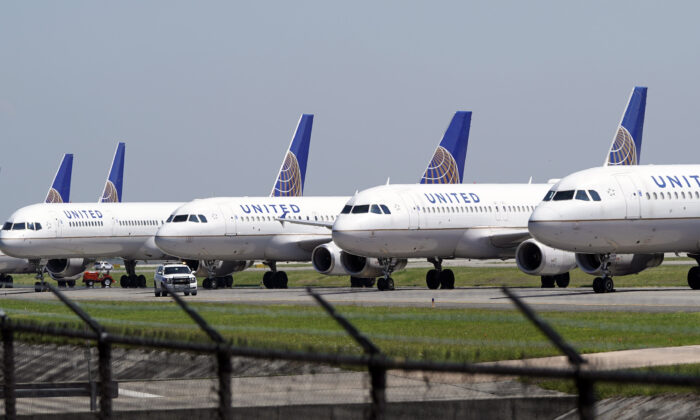 United Airlines CEO Scott Kirby warned Wednesday that a sharp increase in jet fuel prices will drive up airfares amid an increase in oil prices.

The CEO has said that higher demand typically drives up the prices for fuel. Kirby’s comments come a day after United Airlines reported a smaller third-quarter loss, but was hurt by a resurgence in coronavirus cases, which slowed bookings and drove up cancellations.

United Airlines expects to spend about $2.39 per gallon in the fourth quarter on jet fuel. The carrier spent on average $2.14 per gallon in the third quarter, about 6 percent higher than in the same period in 2019.

“Fuel prices continue to rise, which will pressure our ability to remain profitable,” Bastian said during a conference call.

Some airline companies have said they are seeing a surge in demand for trans-Atlantic flights following the White House’s decision late last month to reopen the United States to fully vaccinated travelers. Trans-Atlantic flights accounted for 11 percent to 17 percent of 2019 passenger revenues for the big three air carriers: American Airlines, United Airlines, and Delta.

Meanwhile, oil prices climbed to their highest levels in seven years last week. The price for jet fuel has increased to more than $750 per metric ton over the past year, according to the International Air Transport Association. That’s a more than 118 percent increase year-over-year.

“Most airlines suffered huge losses from fuel hedges last year as demand imploded in the face of the COVID pandemic and they were left holding contracts for delivery at prices well above spot,” Mark Simpson, an aviation analyst at Goodbody, told the Financial Times.

As a result, “most airlines shrunk or closed their hedge books, leaving them naked in the face of the recent rapid rise in fuel costs,” he said.

The White House, at the same time, is pressing major U.S. airlines to force COVID-19 vaccines for employees by Dec.8, as some carriers are considered federal contractors due to their work for the federal government.

United Airlines, American Airlines, JetBlue, Alaska Airlines, Southwest Airlines, and Hawaiian Airlines have announced they would mandate vaccinations for their workers. Delta Air Lines hasn’t required COVID-19 vaccines but the firm has said that unvaccinated employees have to pay a monthly $200 surcharge for health care.