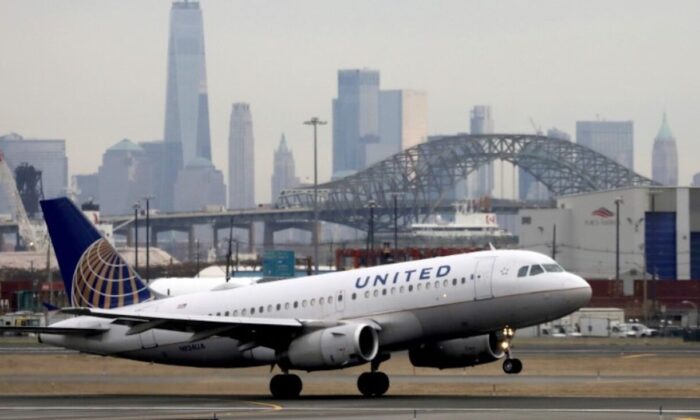 CHICAGO—United Airlines Chief Executive Scott Kirby said on Wednesday the company’s decision to fire employees who defied its vaccine mandate will not affect the carrier’s operations.

In an interview to CNBC, Kirby also said ticket sales have bottomed out, with the bookings for lucrative business travel rebounding to the levels seen in June.

The comments came a day after the Chicago-based airline said it would start the process of firing 593 employees who failed to comply with its COVID-19 vaccination policy.

In early August, United became the first U.S. carrier to require vaccinations for all domestic employees, requiring proof of vaccination by Monday.

The company had plans to put employees who received religious exemptions on temporary, unpaid personal leave starting Oct. 2. Those plans, however, have been put on hold until Oct. 15 because of a lawsuit challenging the policy.

Six United employees filed a class action in federal court in Texas last week claiming that workers who sought exemptions from the vaccine mandate were subjected to intrusive inquiries about their medical conditions or religious beliefs, including a requirement that they obtain letters from pastors.

United said it has received requests for vaccine exemptions for religious or medical reasons from less than 3 percent of the airline’s U.S. workforce of 67,000.

Excluding those who have sought an exemption, United said more than 99 percent of U.S.–based employees have been vaccinated against COVID-19.

Kirby said a vaccinated workforce will allow the airline to address any operational requirement.

“We have planned and prepared for this that we are now able to confidently run a strong operation,” he said.

Kirby said the airline would follow the guidelines from the Centers for Disease Control and Prevention (CDC) in making a decision on whether to mandate COVID-19 vaccine booster shots.

He also said ticket sales have improved and the bookings for trans-Atlantic flights this week have been higher than the corresponding period in 2019.