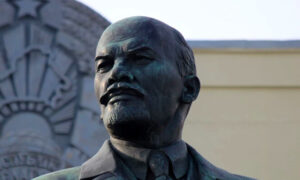 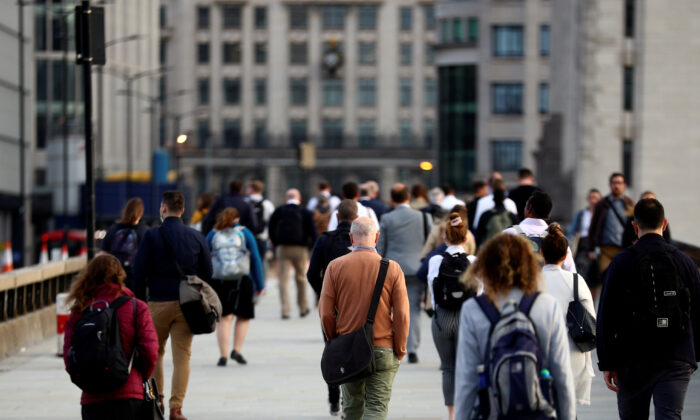 Commuters walk across the London Bridge during the morning rush hour, amid an outbreak of the CCP virus, in London on Sept. 17, 2020. (Hannah McKay/Reuters)
UK

UK Economy Grew More Than Thought at End of Miserable 2020

LONDON—Britain’s coronavirus-hammered economy grew more quickly than previously thought in the final three months of last year but still shrank by the most in more than three centuries in 2020 as a whole, official data showed on Wednesday.

That was stronger than an earlier estimate of 1.0 percent growth as the ONS received more data in recent weeks.

Economists polled by Reuters had expected the growth rate to remain at 1.0 percent.

In 2020, gross domestic product fell by 9.8 percent from 2019, only slightly less sharp than an initial estimate of a 9.9 percent slump.

Britain’s economy suffered the biggest drop of all countries in the Organisation for Economic Co-operation and Development (OECD) except for Argentina and Spain last year, OECD data has shown.

Britain’s economy remained 7.3 percent smaller than before the pandemic, in inflation-adjusted terms, the second biggest drop among eight major economies listed by the ONS.

But in nominal terms—which is affected less by differences in the way countries compile the data—Britain stood middle of the pack.

Data also showed households were sitting on a big pile of savings that the Bank of England thinks will fuel a jump in spending as the government lifts restrictions on the economy between now and late June.

Separate data showed Britain’s current account deficit widened to £26.3 billion in the fourth quarter, almost double the shortfall in the third quarter, as firms rushed to import goods before the Jan. 1 start to the country’s less open trade relationship with the European Union.

But the deficit—a long-standing concern for investors because it leaves Britain reliant on foreign inflows of cash—came in below forecasts of £33 billion in the Reuters poll.

It was equivalent to 4.8 percent of GDP, or 4.2 percent excluding volatile movements of precious metals such as gold.

By William Schomberg and Andy Bruce