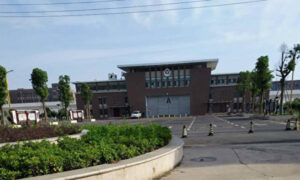 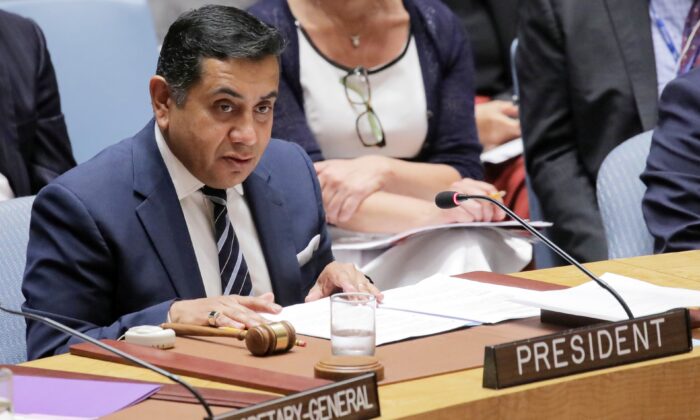 Britain on Friday criticized the Chinese communist regime for abusing rights and freedoms in Hong Kong and Xinjiang, and pressured the regime to give the United Nations unfettered access to Xinjiang.

Tariq Ahmad, the UK’s Minister for the U.N. and Human Rights, on Friday delivered a speech to the U.N. Human Rights Council, drawing its focus to the “serious situation in China.”

He called on the Chinese regime “to uphold the rights and freedoms in the Joint Declaration, to respect the independence of the Hong Kong judiciary, allow unfettered access to Xinjiang, and to release all those who are arbitrarily detained.”

The National Security Law imposed on Hong Kong, which Ahmad said is “a serious breach of the legally binding Sino-British Joint Declaration,” a violation of Hong Kong’s autonomy, and a threat to rights and freedoms, “is being implemented with the apparent intention to eliminate dissent,” he told the council.

“It allows prosecution of certain cases in mainland China, a jurisdiction where defendants are often held for long periods without charge or access to legal counsel, and where we have concerns about judicial independence, due process, and reports of torture,” Ahmad said.

The National Security Law, which went into effect on July 1, gives the Chinese Communist Party (CCP) sweeping powers to target individuals for any acts of secession, subversion, terrorism, or collusion with foreign forces. The offenses can carry a maximum penalty of life imprisonment.

In addition, the office said that “acts committed by foreigners outside the territory of Hong Kong are also included in the scope of the law.” This means that, for example, a criticism publicly voiced in Germany about the regime’s behavior could lead to consequences if the person who voiced it enters Hong Kong.

“Be especially careful and be aware that political statements, including those on social media, can be considered relevant,” the office warned.

An expert witness on Aug. 17 told the parliamentary Canada-China committee that all Canadians are at risk under the expansive law.

“Canadian citizens with ties to Hong Kong must now consider whether what they say in Canada will be used against them in the event that they so much as set foot on a Hong Kong registered airliner,” he told the committee.

The United States on Sept. 15 issued an advisory warning against traveling to China and Hong Kong, citing the risk of “arbitrary detention” and “arbitrary enforcement of local laws.”

“Culture and religion are severely restricted, and we have seen credible reports of forced labor and forced birth control,” he said. “Staggeringly, up to 1.8 million people have been detained without trial.”

Chinese officials have repeatedly derided allegations of genocide, forced sterilization, and the mass detention of nearly 1 million Uyghurs in Xinjiang, saying the allegations are lies fabricated by anti-China forces.

A recent report (pdf) indicates military-style training centers are now built in Tibet, reminiscent of the system used in Xinjiang.

Bowen Xiao, The Associated Press, and Reinhard Werner from The Epoch Times German edition contributed to this article.