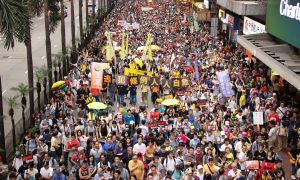 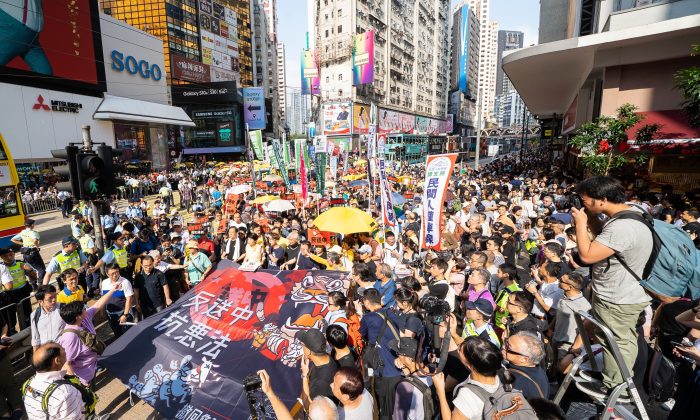 LONDON—Britain and Canada said on May 29 it was vital that extradition arrangements in Hong Kong fully respect the region’s high degree of autonomy from China and are in line with the “one country, two systems” principle.

“We are concerned about the potential effect of these proposals on the large number of UK and Canadian citizens in Hong Kong, on business confidence and on Hong Kong’s international reputation,” the British and Canadian foreign ministers said in a joint statement.

The city’s independent legal system was guaranteed under the laws governing Hong Kong’s return from British to Chinese rule 22 years ago and is seen by the financial hub’s business and diplomatic communities as its strongest remaining asset amid encroachments from Beijing.

But Hong Kong’s government is now pushing for sweeping legal changes that would for the first time allow fugitives captured in Hong Kong to be sent to mainland China for trial.

Britain’s Jeremy Hunt and Canada’s Chrystia Freeland said in the statement they had made their views clear to the Hong Kong government.

“We believe that there is a risk that the proposals could impact negatively on the rights and freedoms set down in the Sino-British Joint Declaration,” they added.

“It is vital that extradition arrangements in Hong Kong are in line with ‘one country, two systems’ and fully respect Hong Kong’s high degree of autonomy.

They added: “We believe that the Hong Kong government should allow time to give proper consideration of all alternative options and safeguards.”

The proposed legislation has stoked mass protests in the former British colony, which was promised a high degree of autonomy, including an independent judiciary, under the ‘one country, two systems’ formula when it returned to China in 1997.

The 28-member European Union has also expressed concern over the extradition bill that Hong Kong authorities say they want to try to get passed in the city’s legislature before the summer recess.