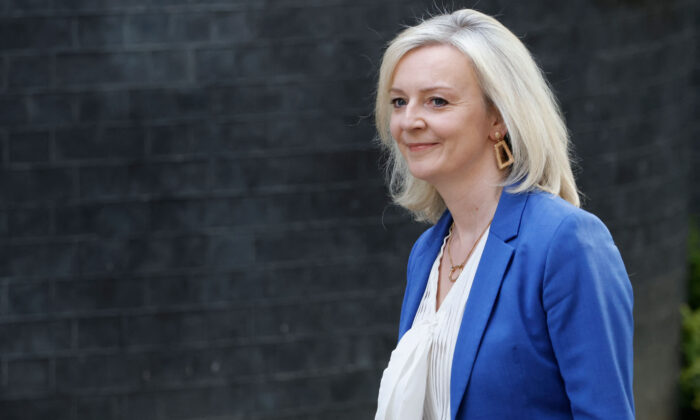 The UK’s official advisory body on vaccines will not recommend the government extend its CCP (Chinese Communist Party) virus vaccination programme to under-18s, a cabinet minister said on Wednesday.

Asked about the issue of vaccinating children against COVID-19 on the BBC’s “Breakfast” programme, International Trade Secretary Liz Truss said that “the government will look very closely at the JCVI’s recommendations,” referring to the Joint Committee on Vaccination and Immunisation.

“It is my understanding that they are not recommending the vaccination of under-18s and we will be saying more in due course about that,” she said.

The UK’s medicines regulator, the Medicines and Healthcare products Regulatory Agency (MHRA), has approved the Pfizer/BioNTech COVID-19 vaccine for use among children aged 12 and over in the UK.

When asked on Monday if the government was planning to vaccinate children, government chief medical officer Chris Whitty said that “you wouldn’t want to vaccinate [children] unless the vaccine is very safe. And vaccines are now being licensed in some countries, and we’re accruing safety data on the safety of these vaccines in children.”

He added that “there are two possible reasons you would want to vaccinate children, potentially, but with caution.”

One of them is if the child is at high risk of serious harm if they contract COVID-19, Whitty said, adding that he believes JCVI will be bringing forward advice on which groups they think are at “particularly high risk” of getting severe COVID-19.

“And those children specifically should be vaccinated,” he said.

“But the wider question is around also the effect on children’s, particularly, education,” Whitty added, implying vaccinating children would help prevent their education being disrupted.

Calum Semple, a member of the government’s Scientific Advisory Group for Emergencies, told BBC Radio 4’s “Today” programme that the risk of children dying from COVID-19 is “one in a million.”

“We know in wave one and wave two put together there were 12 deaths in children—in England, Scotland, Wales, and Ireland put together—and that is rare because there are about 13 to 14 million children in the UK,” the child health and outbreak medicine professor said.

Semple said that vaccinating children is “something that we do do happily for flu, but actually, flu does make some very young children very sick too.”

France said on Tuesday that children as young as 12 are invited to get vaccinated, and the United States started doing so from mid-May.

The Commission on Human Medicines, a public body that advises the UK government on medicinal products, said more than 2,000 children were involved in a clinical trial to determine the safety of the Pfizer/BioNTech vaccine.