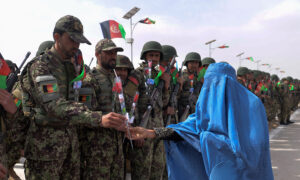 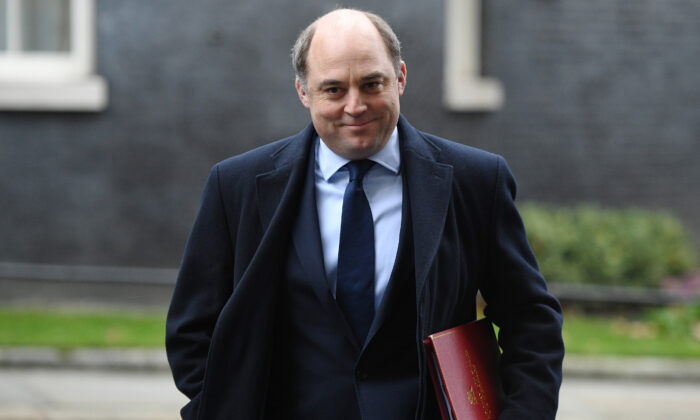 A resettlement plan for Afghans who have supported British armed forces will be accelerated, the UK government has confirmed.

The Afghan Relocations and Assistance Policy (ARAP), announced in December 2020 and launched on April 1, is designed to protect Afghan staff who are at risk of retaliation from the Taliban after British troops withdraw from Afghanistan.

The UK has around 750 troops in Afghanistan as a part of a 10,000-strong NATO mission. U.S. and NATO troops have been leaving the country since May 1, and the withdrawal is set to be completed in a few months.

“Following the decision to begin the withdrawal of military forces from Afghanistan, the prime minister has agreed with the Ministry of Defence, Home Office, and Ministry of Housing, Communities, and Local Government to rapidly accelerate applications through the policy,” the UK government said in a statement.

Speaking to media on May 31, Defence Secretary Ben Wallace said the risks are increasing for Afghan staff as Western troops leave.

“Some have been under considerable danger. And we’ve already resettled a few hundred of those people,” Wallace said.

“With the changes now with the Western powers leaving Afghanistan, the threat is increasing and has increased with targeted attacks against Afghans by the Taliban.”

Wallace said he wouldn’t call it an evacuation, but it’s “absolutely right” for the UK to assist these people.

“I wouldn’t classify this as evacuation. This is allowing people a route to the United Kingdom for safety, the people that have helped and supported the British armed forces and the British government over the many, many years in Afghanistan who feel they are in danger,” he said. “And it’s absolutely right we stand by those people.”

Wallace said he “very much hopes” the British population will also support “these people [who] have taken great risks often to protect our men and women of our armed forces.”

Wallace said the plan is expected to help “hundreds” of Afghan staff members.

Under ARAP, “any current or former Locally Employed Staff assessed to be at serious risk of threat to life will be offered priority relocation to the UK regardless of their employment status, rank or role, or length of time served,” the government guidelines read.

“Local staff who work or worked in the public eye and who could be at risk as the security situation evolves will be relocated to the UK on a routine basis, and those not eligible to move will be offered other support such as security advice and relocation within Afghanistan.”

Veteran Army officer Ed Aitken, founder of the Sulha Alliance campaign group, said he was “pleased” with the plan, but warned that there was a “low” bar for rejecting those who previously risked their lives to support British troops.

“We are pleased with where we are, but there are concerns there are some glaring gaps where there are going to be parts of this community who are left vulnerable and won’t be included under this policy,” Aitken, who undertook two tours of Helmand Province, told BBC Radio 4’s “Today” program.

Those dismissed from their post, which amounted to 1,010 of those employed—“around 35 percent,” according to Aitken—won’t be eligible for relocation, except on a case-by-case basis.

Describing the scale of those who had their employment terminated as “a problem with HR management,” he said: “If you compare the bar for asylum seekers to be rejected from asylum in the UK, the bar is incredibly high.

“Now if you compare that bar for rejecting Afghan interpreters, it is clearly trying to be set quite low, the idea that minor offences [can prevent access to the plan].”

The UK is the only country with such a resettlement plan in place, although the United States is reportedly working on a similar plan.

U.S. President Joe Biden announced on April 14 that he’ll withdraw all U.S. troops from Afghanistan by Sept. 11. NATO announced on the same day that it would start withdrawing its troops from May 1 and complete the withdrawal within a few months.

Jack Phillips and PA contributed to this report.