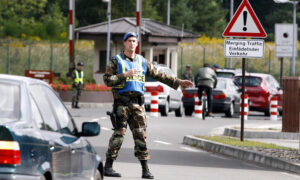 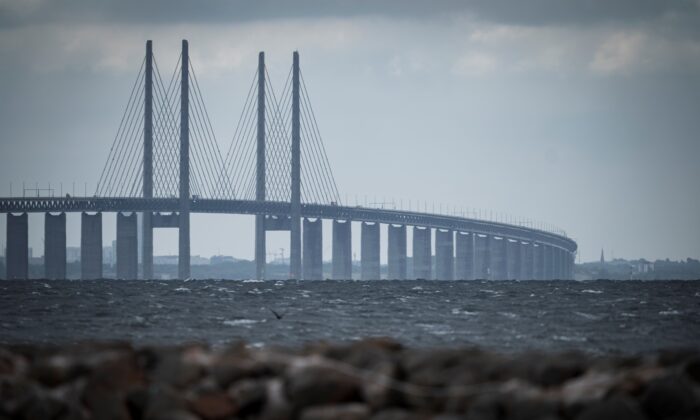 A picture of the Oresund Bridge, which connects Denmark and Sweden, taken on June 30, 2020. (Niels Christian Vilmann/Ritzau Scanpix/AFP/Getty Images)
Europe

Zacharias Tamer Hamzi, 24, and Nurettin Nuray Syuleyman, 23, were convicted of transporting a bomb via the Oresund Bridge, known from the TV crime series “The Bridge”, and detonating the device in August 2019.

The explosion in Copenhagen shattered glass doors and windows and scorched metal cladding at the main entrance of the building in Nordhavn, just north of the city center. One person was slightly wounded.

The motive for the bombing remained unclear, but the court dismissed terrorism charges. The prosecutor had sought lifetime sentences for the childhood friends, neither of whom had been convicted of a serious crime before.

“I’m pleased that my client was convicted under the mildest charge,” said Michael Juul Eriksen, defence lawyer for Hamzi, who was jailed for five years.

Syuleyman had yet to decide whether to appeal against his sentence, said his lawyer, Kaare Traberg Smidt.

Both were permanently expelled from Denmark and would serve their sentences in Sweden.

Denmark imposed temporary border controls at the Swedish border in November last year, after Swedes were suspected of being behind a number of serious attacks in the Danish capital.