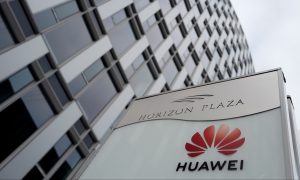 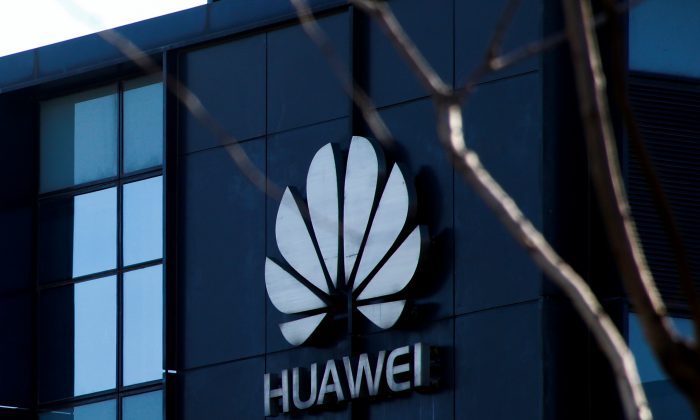 Company logo at the office of Huawei in Beijing seen on Dec. 6, 2018. (Thomas Peter/Reuters)
Huawei

COPENHAGEN—Danish authorities have expelled two Huawei Technologies staff after an inspection at the company’s Copenhagen office showed they failed to comply with laws covering residence and work permits, police said on Feb. 4.

Police said the inspection of Chinese company’s Copenhagen office was part of a “routine investigation” done by authorities at locations with many foreign workers.

Four Huawei staff were charged following Thursday’s inspection, of which two were later expelled from the country, a Copenhagen police spokeswoman said.

The news was first reported by Bloomberg.

The spokeswoman could not reveal whether the charged were Chinese nationals.

She said the inspection had no relation to recent headlines around growing scrutiny over Huawei’s ties with the Chinese regime and allegations that Beijing could use its technology for spying, something which the company has denied.

No one at Huawei in Copenhagen could be reached by phone. The company did not immediately reply to questions sent by email.

Huawei is facing roadblocks in the European market.

Germany is considering stricter security requirements in an effort to exclude Huawei from building the country’s next-generation 5G network.

French telecommunications company Orange announced it would not hire Huawei system for 5G in France.

The UK’s BT Group also banned Huawei from 5G and said it would remove the company’s equipment from its existing 3G and 4G operations.

Czech intelligence agencies warned of the security threats from Huawei, and Poland is considering a ban after a Huawei employee was arrested and charged for espionage.

By Jacob Gronholt-Pedersen. The Epoch times contributed to this report.