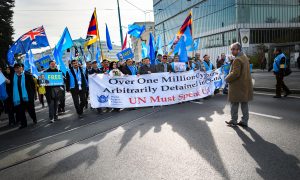 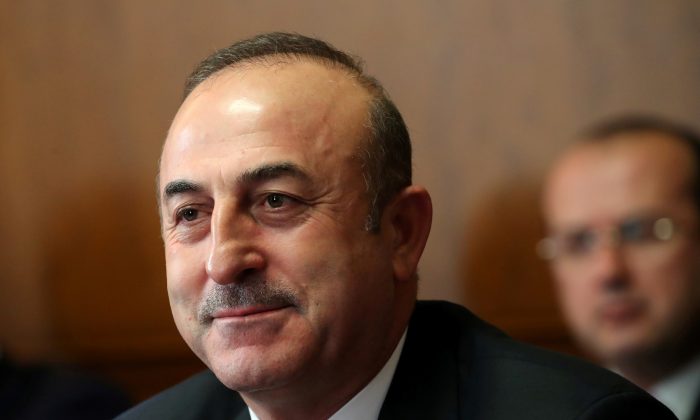 GENEVA—Turkish Foreign Minister Mevlut Cavusoglu voiced concern on Feb. 25 at China’s alleged mistreatment of Uyghurs and other Muslims in its Xinjiang region and called on Beijing to protect freedom of religion and cultural identity.

The U.N. Human Rights Council opened its main, annual four-week session and diplomats and activists say China has lobbied hard to avoid scrutiny over its policies in Xinjiang and other rights issues.

Western countries are looking to Turkey and other members of the Organization of Islamic Cooperation (OIC) to spotlight what China calls re-education and training facilities in Xinjiang.

U.N. experts and activists say the camps hold a million Uyghurs, who speak a Turkic language, and other Muslims. China has denied accusations of mistreatment and deems criticism within the U.N. council to be interference in its sovereignty.

Cavuslogu did not specifically mention mass detention camps in the remote western region of China. But he told the Geneva forum that reports of human rights violations against Uyghurs and other Muslims in Xinjiang were serious cause for concern.

A distinction should be made between “terrorists and innocent people,” Cavusoglu added.

“We encourage Chinese authorities and expect that universal human rights, including freedom of religion, are respected and full protection of the cultural identities of the Uyghurs and other Muslims is ensured,” Cavusoglu said.

Former detainees have told The Epoch Times that Uyghurs are being tortured, raped, and killed in secretive “political re-education” camps.

Uyghurs and other Muslims held in concentration camp-like facilities are forbidden from using Islamic greetings, must learn Mandarin Chinese, and sing propaganda songs, according to a report by Human Rights Watch.

China, a member of the 47-member Human Rights Council, did not immediately respond to his remarks, but delegations will be free to reply to allegations later in the session.