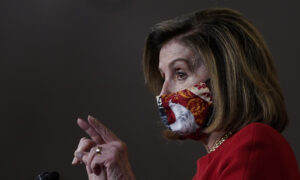 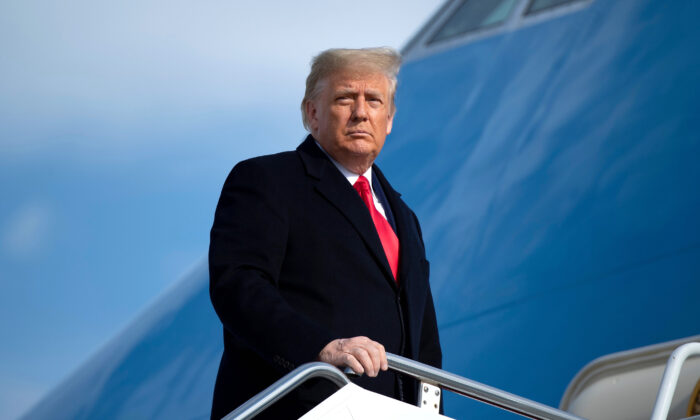 President Donald Trump expressed strong disappointment with the Supreme Court late Thursday, although it was unclear what specifically the president was referring to.

“I am very disappointed in the United States Supreme Court, and so is our great country!” Trump wrote in a tweet.

Trump’s message was shared by attorney Lin Wood, who along with attorney Sidney Powell has championed some contest-of-election litigation, with Wood adding his own message regarding Trump’s frustration with the Supreme Court. “Yes we are, Mr. President @realDonaldTrump. Yes we are,” Wood wrote.

Powell said Thursday that the U.S. Supreme Court’s electronic filing system initially rejected two emergency petitions regarding alleged election fraud in Wisconsin and Arizona, while adding that two cases were docketed in Michigan and Georgia but that they won’t be heard until mid-January.

According to the lawyer’s tweets, the court’s “electronic filing system shows our EMERGENCY Petitions docketed for Georgia [and] Michigan,” but she said the Supreme Court is “SLOW-walking” and Michigan and Georgia have to issue responses by Jan. 14.

“Today it FINALLY submitted our #Arizona & #Wisconsin EMERGENCY petitions filed Friday,” Powell wrote, and added that the cases “were submitted electronically Saturday morning and all copies hand-delivered and fees paid.”

“Unprecedented lack of professionalism,” Powell wrote and alleged that Supreme Court clerks didn’t provide a reason for the initial rejection.

Trump has previously expressed dissatisfaction with the Supreme Court, with the president calling the high court’s decision last Friday to dismiss a Texas lawsuit against four battleground states a “disgraceful miscarriage of justice.”

The Supreme Court on Dec. 12 dismissed a lawsuit brought by the state of Texas, which was backed by 18 GOP state attorneys general and 126 House Republicans. It alleged that Pennsylvania, Georgia, Michigan, and Wisconsin changed election rules in violation of the U.S. Constitution’s Electors Clause, treated voters unequally, and caused voting irregularities by relaxing ballot-integrity protections under state law, opening up the potential for voting fraud.

In an order, the justices denied Texas’s request to sue the four battleground states, opining that the Lone Star State lacked legal standing—or capability—to sue under the Constitution because it has not shown a valid interest to intervene in how other states handle their elections.

Justices Clarence Thomas and Samuel Alito wrote a dissenting statement expressing the view that the Supreme Court is obligated to hear interstate disputes.

Following the high court’s rejection of the suit, Trump took to Twitter, writing: “The Supreme Court really let us down. No Wisdom, No Courage!”

On Saturday, Trump again criticized the Supreme Court, writing in a tweet: “This is a great and disgraceful miscarriage of justice. The people of the United States were cheated, and our Country disgraced. Never even given our day in Court!”

Meanwhile, Peter Navarro, an adviser to Trump, on Thursday released a detailed report summarizing election irregularity allegations in six battleground states, concluding that they are serious enough to warrant an urgent probe and substantial enough to potentially overturn the results.

“If these election irregularities are not fully investigated prior to Inauguration Day and thereby effectively allowed to stand, this nation runs the very real risk of never being able to have a fair presidential election again,” Navarro said in his report.