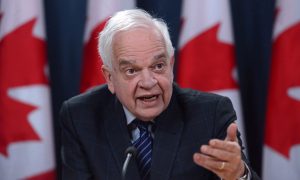 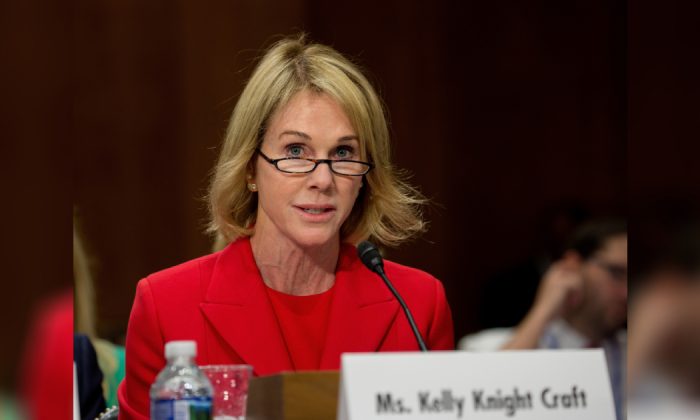 Trump Nominates Kelly Craft to Be U.S. Ambassador to U.N.

“Kelly has done an outstanding job representing our Nation and I have no doubt that, under her leadership, our Country will be represented at the highest level,” Trump said in a tweet announcing his decision.

McConnell’s office confirmed on Feb. 21 that he had recommended Ambassador Craft after it was reported by Axios.

Craft is a native of McConnell’s home state Kentucky and calls him a “good friend.” She is married to coal magnate Joe Craft of Alliance Resource Partners who are are big GOP donors in the state.

This won’t be her first time in the U.N.

In 2007, President George W. Bush appointed Craft to be an alternate delegate to the United Nations General Assembly.

Craft is also a philanthropist who co-founded the Morehead State University Craft Academy for Excellence in Science and Mathematics in Kentucky.

“Kelly Craft may be a friend of Mitch McConnell and she may be a friend and supporter of Donald Trump, but if you look at the other ambassadors who have been in the job, and I will refer you to something I’ve written on this, you will find that her stature is not the same as theirs,” said Andrew Cohen, a professor of journalism at Canada’s Carleton University School of Journalism and Norman Paterson School of International Affairs.

Trump had considered other candidates, including U.S. Ambassador to Germany, Richard Grenell, and Republican John James, who lost a bid for a U.S. Senate seat in Michigan last November.

There was some interest in former senior White House aide Dina Powell for the position but she was believed to have been not interested in the position at this time, said officials who spoke on condition of anonymity.

Powell returned to a senior position at Goldman Sachs Group Inc. a year ago after serving as deputy national security adviser for strategy during Trump’s first year in office. She has remained popular at the White House.

Trump has said he thinks his daughter, Ivanka Trump, would do an excellent job at the U.N. but White House officials have expressed doubt he would actually nominate her. Trump has said himself that if he did, he would be accused of nepotism. Ivanka Trump has also said she wouldn’t take the job.

“It is an honor to serve in the White House alongside so many great colleagues and I know that the president will nominate a formidable replacement for Ambassador Haley,” she wrote on Twitter. “That replacement will not be me.”

It is an honor to serve in the White House alongside so many great colleagues and I know that the President will nominate a formidable replacement for Ambassador Haley. That replacement will not be me.

Trump has said in the past that he thinks Grenell would be great at representing the United States at the United Nations but Grenell likes the job he is doing in Germany.

Trump had said he planned to nominate former State Department spokeswoman Heather Nauert for the U.N. position but a formal nomination was never made to the U.S. Senate for a confirmation hearing and vote, and she withdrew her name from consideration Feb. 16 citing family reasons.

I am pleased to announce that Heather Nauert, Spokeswoman for the United States Department of State, will be nominated to serve as United Nations Ambassador. I want to congratulate Heather, and thank Ambassador Nikki Haley for her great service to our Country!