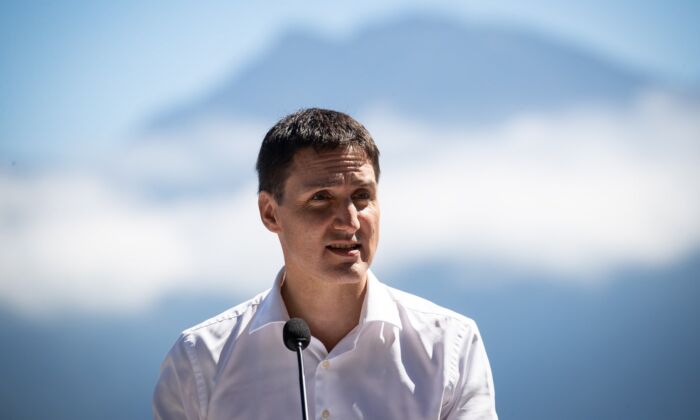 With Canadian MPs planning a trip to Taiwan this fall, Prime Minister Justin Trudeau said that he’s taking note of Beijing’s “increasingly aggressive” stance towards the self-ruled island and that the parliamentarians will need to take this into consideration.

“China’s belligerence around this, and their position is of course, as it has been for a while, troubling, and we will ensure that the parliamentarians making the decision to travel or not, will be done with all the reflections of the consequences and the impacts of it,” Trudeau said on Aug. 19 after making a funding announcement on Magdalen Island, Quebec.

Trudeau says Canada would continue to respect its longstanding position on China and Taiwan. Canada does not recognize Taiwan as a sovereign state and does not maintain official, government-to-government relations with Taipei.

Prior to the establishment of a diplomatic relationship with Beijing by Pierre-Elliott Trudeau in 1970, Canada recognized Taipei as the legitimate seat of the Chinese government. Beijing does not maintain relations with countries that recognize Taiwan.

Despite the tensions that could arise from the visit of a Canadian delegation, Trudeau said “parliamentarians make decisions about what their committees study and what travel they take.”

Liberal MP Judy Sgro, the chair of the House committee on international trade, said earlier this week that she and other members of the committee plan to visit Taiwan as early as October.

“The trade committee is very anxious to go and to visit Taiwan and see what opportunities there are for deeper trade relations between our two countries,” Sgro said, according to CBC News.

This announcement comes on the heels of a visit by U.S. House Speaker Nancy Pelosi earlier this month, to which Beijing reacted strongly, including with military drills around Taiwan.

Sgro acknowledged the potential for repercussions but said “pushback” against Beijing is “very important.”

“I’m proud that Canada is standing up to China,” she said.