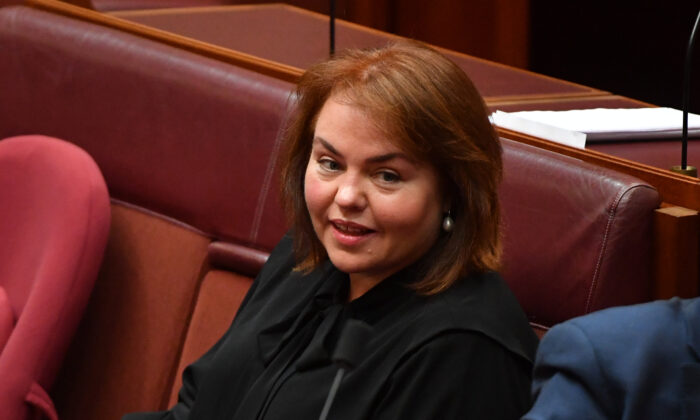 Tributes have poured in from human rights advocates and across the political spectrum for Australian Senator Kimberley Kitching.

Kitching, one of the most vocal critics of Beijing’s human rights record in the Australian Labor Party (ALP), passed away from a suspected heart attack on March 10, aged 52.

Prime Minister Scott Morrison said the Victorian senator had a “passion” for Australia’s national interest and “argued for it.”

“She demonstrated that her passion for her country was always greater than any partisan view. She clearly loved her country and it genuinely showed,” he said in a statement. “She followed her conscience and was fearless and I admired that. She was respected by those on both sides of the Parliament.”

ALP and opposition leader Anthony Albanese said the party was in “shock” at the loss of Kitching.

“No one could have anticipated this, and people were ringing each other, I think multiple times to get confirmation because it was such a shock,” he told ABC TV on March 11. “Kimberley looked fit, she had got fitter in recent times and there was no history of heart condition and that is why it’s such a tremendous shock for the entire Labor family today.”

“Our country’s poorer for her passing, at 52, it’s devastating, obviously, for everyone who knew her,” he said in comments obtained by AAP.

Liberal Senator James Paterson and a fellow member of the Inter-Parliamentary Alliance on China (IPAC) said he was “deeply shocked and saddened” by the death of his friend.

“She was a warrior for her cause, a friend of freedom and a true patriot who had an enormous impact in her short time in the Senate. A huge loss to the parliament, the ALP and her family,” the chair of the Parliamentary Joint Committee on Intelligence and Security wrote on Twitter.

Former Labor leader Bill Shorten gave a tearful interview on ABC Radio and described the circumstances leading to her passing, saying Kitching had been driving before she had to pull over.

“She was in the next suburb when she passed. So (my wife Chloe and I) immediately drove over, and we sat with a couple of other dear friends of Kimberley and Andrew on the side of the road as we waited for the undertaker’s van,” he said.

“When someone close to you passes, there’s only one thing that you want people to do, it’s to bring them back, and you can’t,” he said, adding, “You do wonder if she would have been better off never going near politics.”

Kitching played a pivotal role in the implementation of the Magnitsky Act—giving Australia the power to sanction human rights abusers—she was also a founding member of IPAC and engaged regularly with human rights advocates and think tanks to discuss the threat posed by the Chinese Communist Party (CCP).

The senator was also a member of “The Wolverines,” an influence group comprised of several Australian MPs critical of Beijing’s influence.

Bill Browder, behind the worldwide Magnitsky movement, said Kitching was a “brave justice warrior” and was not intimidated by the “evil regimes she advocated against.”

“We will carry on in her memory and I hope others will too,” he said in a statement in a post on Twitter.

IPAC, comprised of 100 MPs from 20 democracies, released its own statement saying Kitching advocated “tirelessly and fearlessly” for the rights of oppressed individuals in Tibet, the Xinjiang region in China, and Hong Kong.

“We join with her family, friends, and colleagues from across the world in grieving her loss,” according to a statement.

John Deller, committee member of the Falun Dafa Association in Australia, said it was a “great loss for all Australians.”

“She understood the threat of CCP influence and made immense contributions in national security, human rights, and the Australian Magnitsky Act,” he told The Epoch Times.

Falun Dafa, a peaceful meditation practice with over 100 million adherents worldwide is heavily persecuted by the CCP.

While student activist Drew Pavlou, who made headlines when he was confronted by pro-Beijing students at the University of Queensland for his stance on Hong Kong’s democratic rights, said Kitching was one of his “greatest ever inspirations.”

“I so admired her strength standing up to the CCP in Parliament. Such a big loss, I know I will be telling my grandkids about her one day,” he wrote on Twitter.