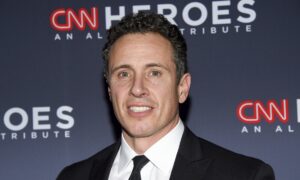 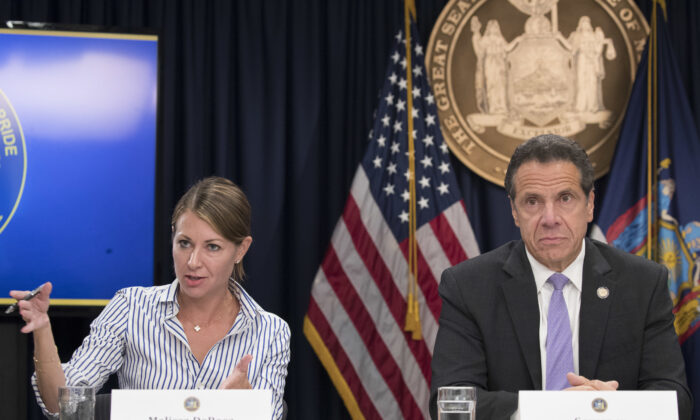 “It has been the greatest honor of my life to serve the people of New York for the last 10 years,” Melissa DeRosa said in a statement to media outlets.

“Personally, the past two years have been emotionally and mentally trying. I am forever grateful for the opportunity to have worked with such talented and committed colleagues on behalf of our state.”

Cuomo’s office didn’t immediately return a request by The Epoch Times for comment.

According to an investigative report from a team tapped by New York Attorney General Letitia James, Cuomo has sexually harassed and groped multiple women, including an executive assistant.

One woman, described as “Executive Assistant #1″—who filed a criminal complaint against Cuomo last week—told investigators that she was scared of what would happen if DeRosa and other top staffers in the governor’s office learned about her allegations.

“The way he was so firm with [me] that I couldn’t show anyone else that photo, I was just terrified that if I shared what was going on that it would somehow get around,” the woman told them, according to a transcript contained in the report. “And if Stephanie Benton or Melissa [DeRosa] heard that, I was going to lose my job. Because I knew that I certainly was going to be the one to go.”

Investigators also said that senior staff, including DeRosa, pressured former employees to secretly record phone conversations with two women, one of whom came forward with allegations against Cuomo, “potentially in the hopes of obtaining additional information to use against any women who might speak out.”

The recordings didn’t end up being useful.

“I did not think it went well,” DeRosa told investigators, acknowledging that she had directed at least one of the calls to be recorded because she “thought there was a politically calculated movement afoot.”

DeRosa also said she was part of the group of top aides that decided to send confidential files on one of the accusers, Lindsay Boylan, to reporters as part of a response to Boylan’s accusations.

The report mentioned DeRosa 187 times, including outlining allegations that the aide would shout at Boylan “for illogical things.”

DeRosa has denied the allegations and has defended Cuomo against the sexual misconduct accusations.

But their testimonies diverged at times. While Cuomo denied ever referring to senior female staffers as the “mean girls,” DeRosa told investigators that she had heard Cuomo use the term multiple times. He would use it when he felt DeRosa and other top aides “weren’t being inclusive” or that they “should be more inclusive.”

One accuser said Cuomo would occasionally ask her how the “mean girls” were treating her.

DeRosa’s resignation comes several days after Albany County Sheriff Craig Apple confirmed that one of Cuomo’s former aides, the woman described as “Executive Assistant #1,” had filed a criminal complaint against the Democrat governor.

“I think we’ve all read the attorney general’s report. At this point, I’m very comfortable and safe saying that she is in fact a victim,” he said during a press conference on Aug. 7.

The sheriff’s office said it has requested material from the attorney general’s office, which stated that it will cooperate with the sheriff and other authorities probing Cuomo.

The investigation would likely culminate in a misdemeanor charge, if any, according to Apple. Cuomo could be arrested.

The assistant has identified herself as Brittany Commisso. She told investigators that Cuomo groped her under her blouse and grabbed her buttocks.

“What he did to me was a crime,” Commisso said on CBS This Morning. “He broke the law.”

Cuomo has repeatedly denied touching anyone inappropriately and has defied calls to resign.

The Democrat-controlled New York Legislature is considering impeaching Cuomo, but is conducting its own investigation first.

Rita Glavin, one of Cuomo’s attorneys, told reporters in a briefing on Aug. 6 that, as a former federal prosecutor, she knows “the difference between putting a case together against a target versus doing independent fact-finding with an open mind.”

“And there has been no open-minded fact-finding in this case. The investigation was conducted to support a predetermined narrative and in our legal system, both sides are heard and given access to the evidence. ut here, instead of acting as independent fact-finders, the investigators acted as prosecutors, judge, and jury.”

Glavin was describing a team that included Joon Kim, another former federal prosecutor, and convened by James, a Democrat.

Glavin also took aim at Commisso, alleging that there’s no documentary evidence to support what she has alleged.

“After multiple women made accusations that Gov. Cuomo sexually harassed them, the governor himself requested that Attorney General James oversee an independent investigation. The independent investigators selected are widely respected professionals, recognized for their legal and investigatory ability. To attack this investigation and attempt to undermine and politicize this process takes away from the bravery displayed by these women,” Levy said.

“There are 11 women whose accounts have been corroborated by a mountain of evidence. Any suggestion that attempts to undermine the credibility of these women or this investigation is unfortunate.”